The result of frenulotomy on breast feeding difficulty due to tongue tie: follow up 6 months at Health Promotion Hospital Region I Bangkok

Introduction: To study the effect of frenulotomy and factors related to exclusive breastfeeding for 6 months in thepatients who had breast feeding difficulty due to tongue tie at Health Promotion Hospital (H.P.H.)Region I Bangkok.

Method: The study was a retrospective study in 133 patients with breastfeeding problems who were sent tolactation clinic at H.P.H. Region I for frenulotomy in the period of August 2010 – May 2012. Preoperativeand postoperative latch were assessed using the LATCH score. Preoperative and postoperative maternalnipple pain were assessed by visual analogue pain scale (0 – 10 points). The patients were follow up6 months to access exclusive breastfeeding.

Discussion and Conclusion: Frenulotomy is effective for improving latch and maternal nipple pain. 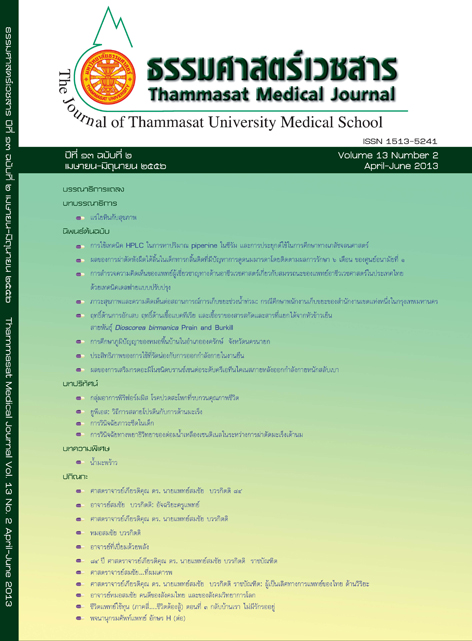