Increasing Age-adjusted Incidence of Hip Fractures during 1997-2006 and its Prediction, in Lampang

Background : Hip fracture is an important public health problem, affecting a large number of the osteoporosis elderly causing morbidity, mortality and high cost of care. This is a descriptive study to estimate the incidence of hip fracture in the elderly aged 50 years and older in Lampang during 1997 to 2006 and to forecast the numbers of hip fracture until the next 20 years.

Methods : All patients who were discharged during the fiscal year of 1997 to 2006, for treatment of first hip fractures in Lampang Hospital, were selected. Hip fractures were classified using ICD-10 for fractures of the neck of femur, pertrochanter and subtrochanter. The pathologic fractures were excluded. The annual midyear population figures for each 5-year age group were taken from the census registration service of the Lampang public health office. The forecasted numbers of hip fractures were calculated on the basis of two assumptions; namely, the models of unchanged age-adjusted incidence rate and changing age-adjusted incidence rate. 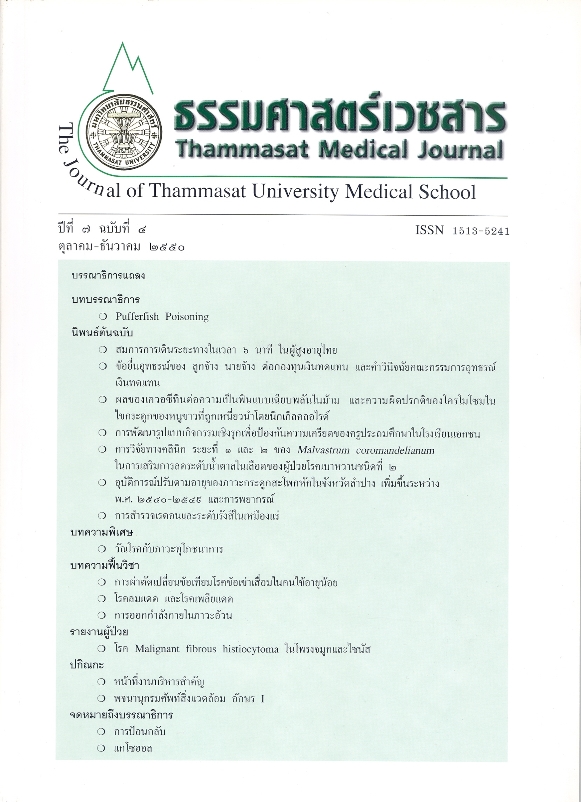