Parkinson’s disease (PD) is a neurodegenerative disorder that affects motor and non-motor systems. However, the most recognizable symptoms in PD are mainly motor symptoms which include bradykinesia, rigidity, tremor, and postural instability. The motor symptoms of PD results from the death of dopaminergic neurons in the substantia nigra due to an abnormal accumulation of alpha-synuclein protein. The Rate Model of basal ganglia has been proposed and rises the knowledge on the physiology of basal ganglion functions and surgical management of PD. Surgical treatment becomes the option in advanced PD patients who have uncontrollable motor fluctuations and dyskinesia. Options in surgery consist of ablative surgery, including pallidotomy and thalamotomy, and deep brain stimulation (DBS). The mechanism of DBS is still unclear, but modulation and disruption firing rate of basal ganglia nuclei could result in a beneficial motor outcome. To achieve a good outcome in DBS, neurosurgeon needs a careful patient selection and a proper surgical target. 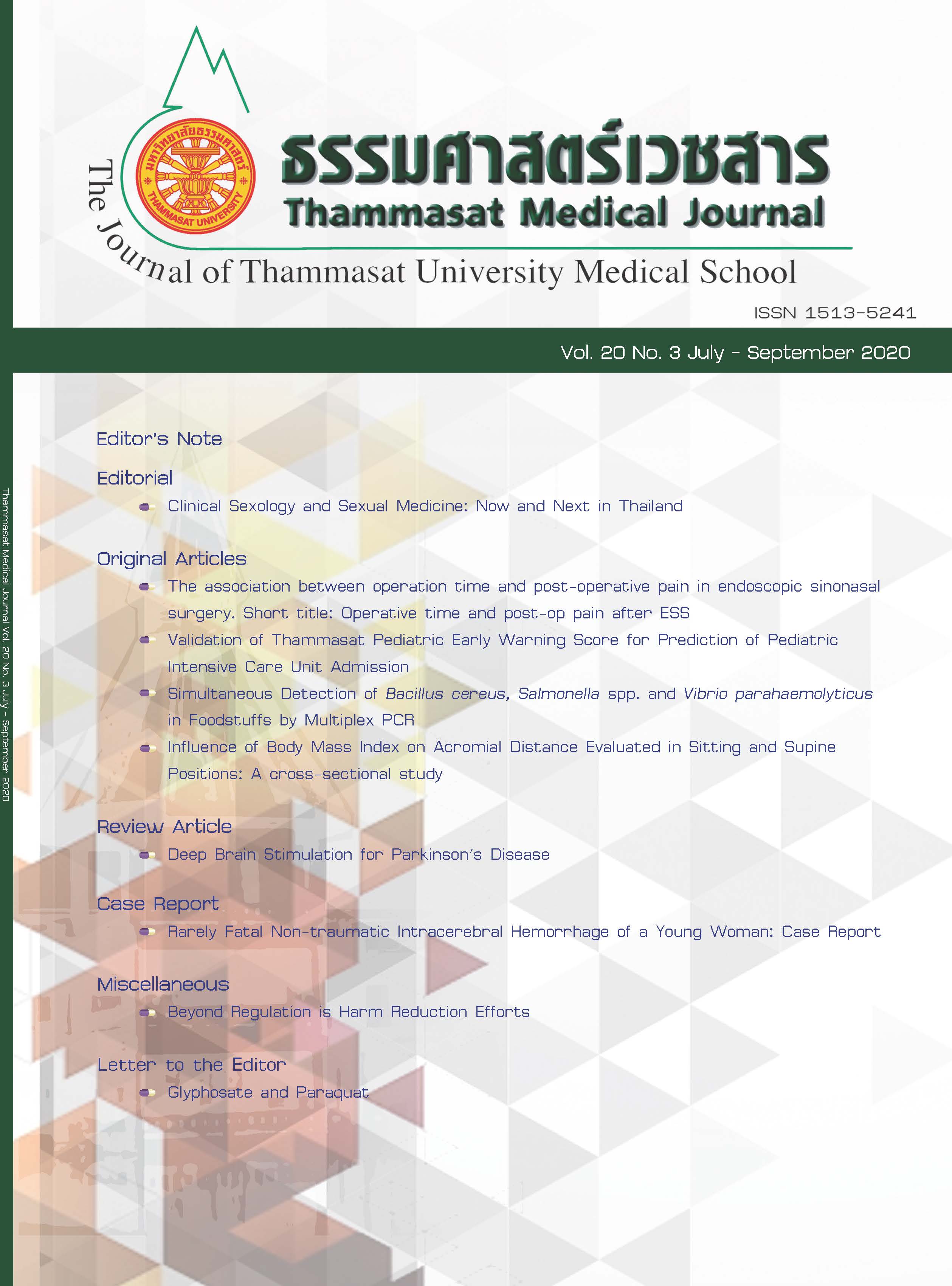