The study showed no significant difference between mortality rate and various initiation time of ART after start tuberculosis treatment. 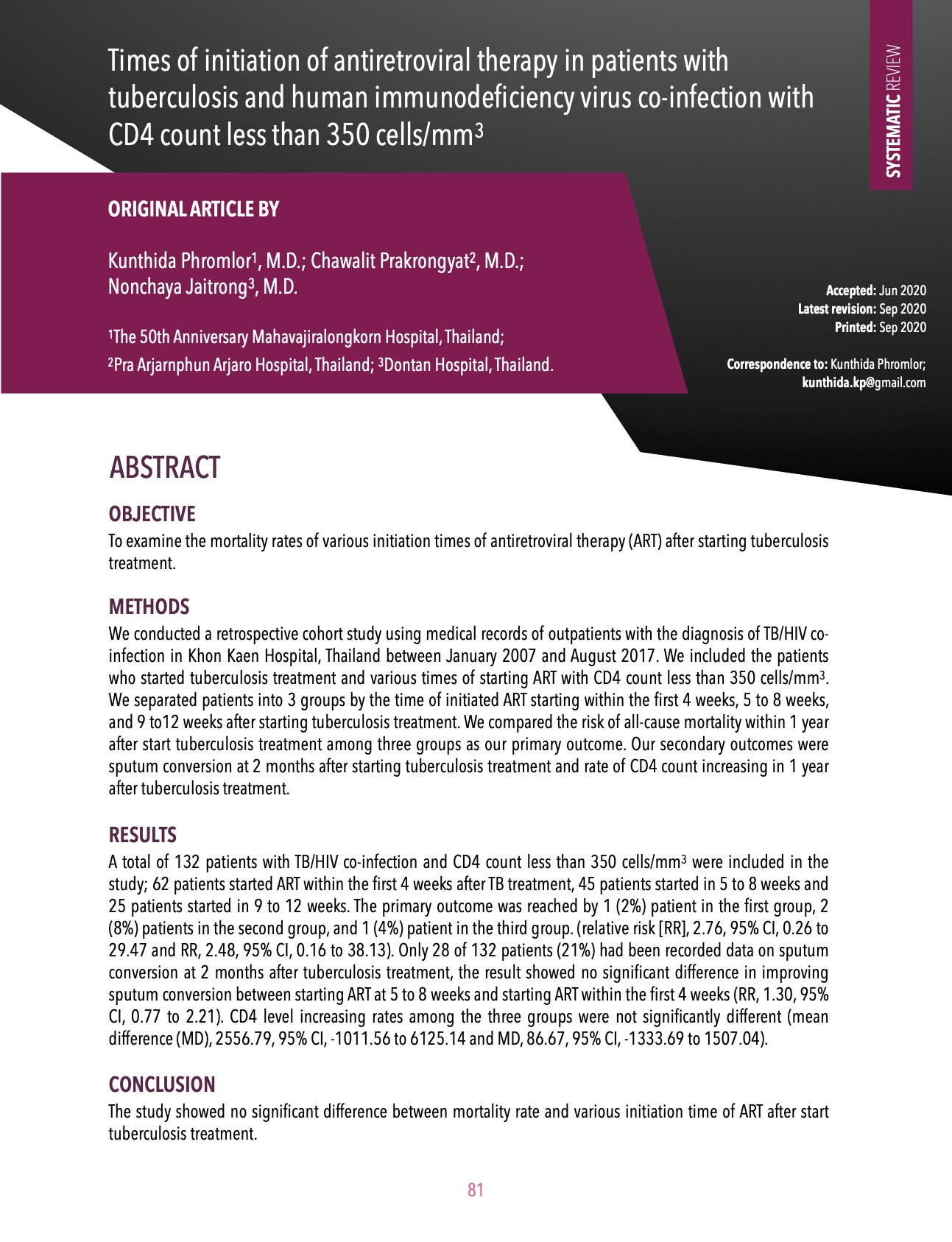