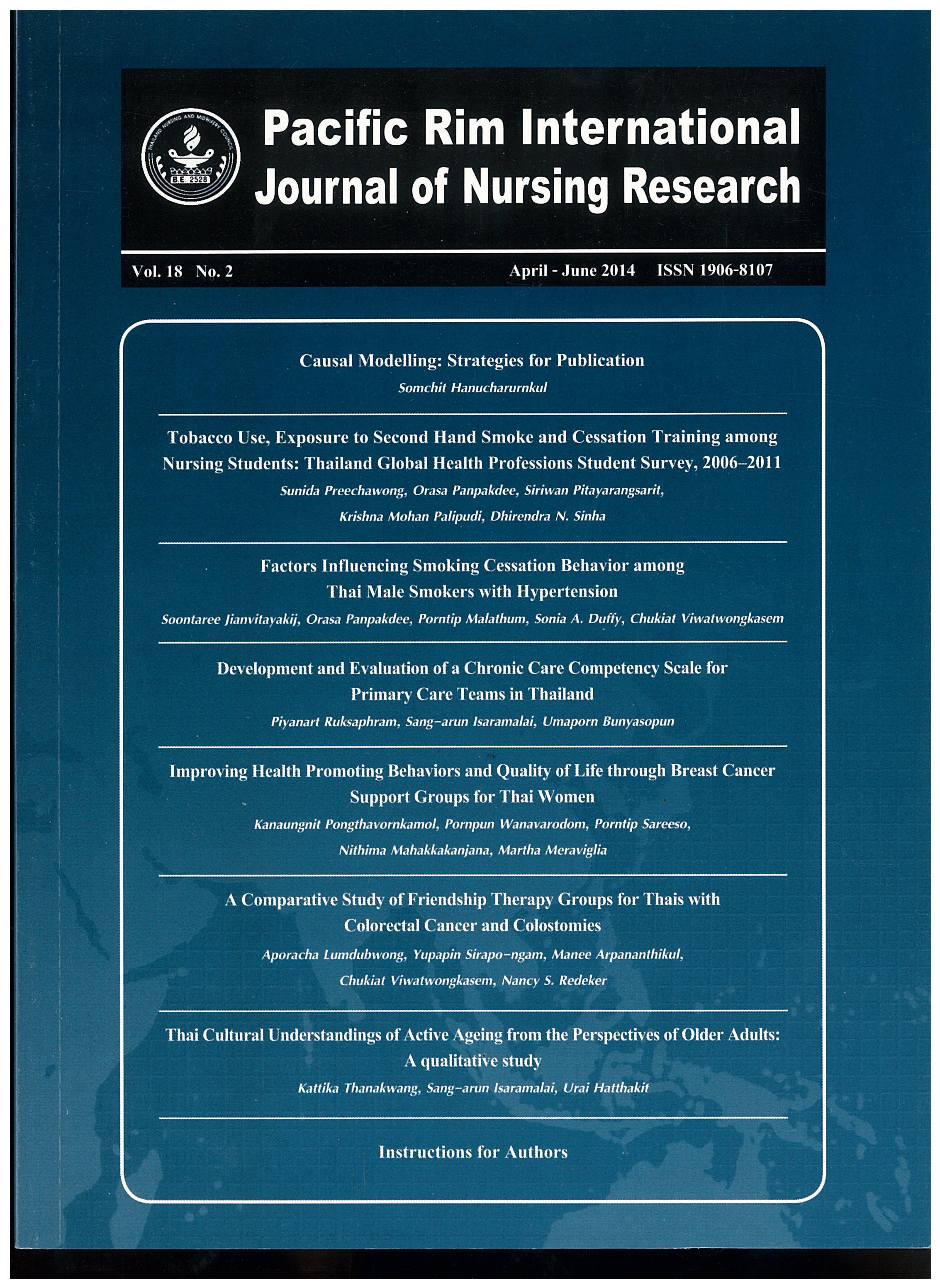 The results of multiple logistic regressionanalysis revealed two significant predictors of smoking cessation among Thaimale smokers with hypertension. These included perceived self-efficacy in smokingcessation and concern about the harm of smoking, with overall correctlypredicting 97.7%. These two significant factors accounted for 68% of thevariance in smoking cessation among the participants. Smoking cessation programs for Thai male smokerswith hypertension should include measures to enhance self-efficacy andemphasize the harmful effects of smoking and nurses can be involved in the design andimplementation of these.