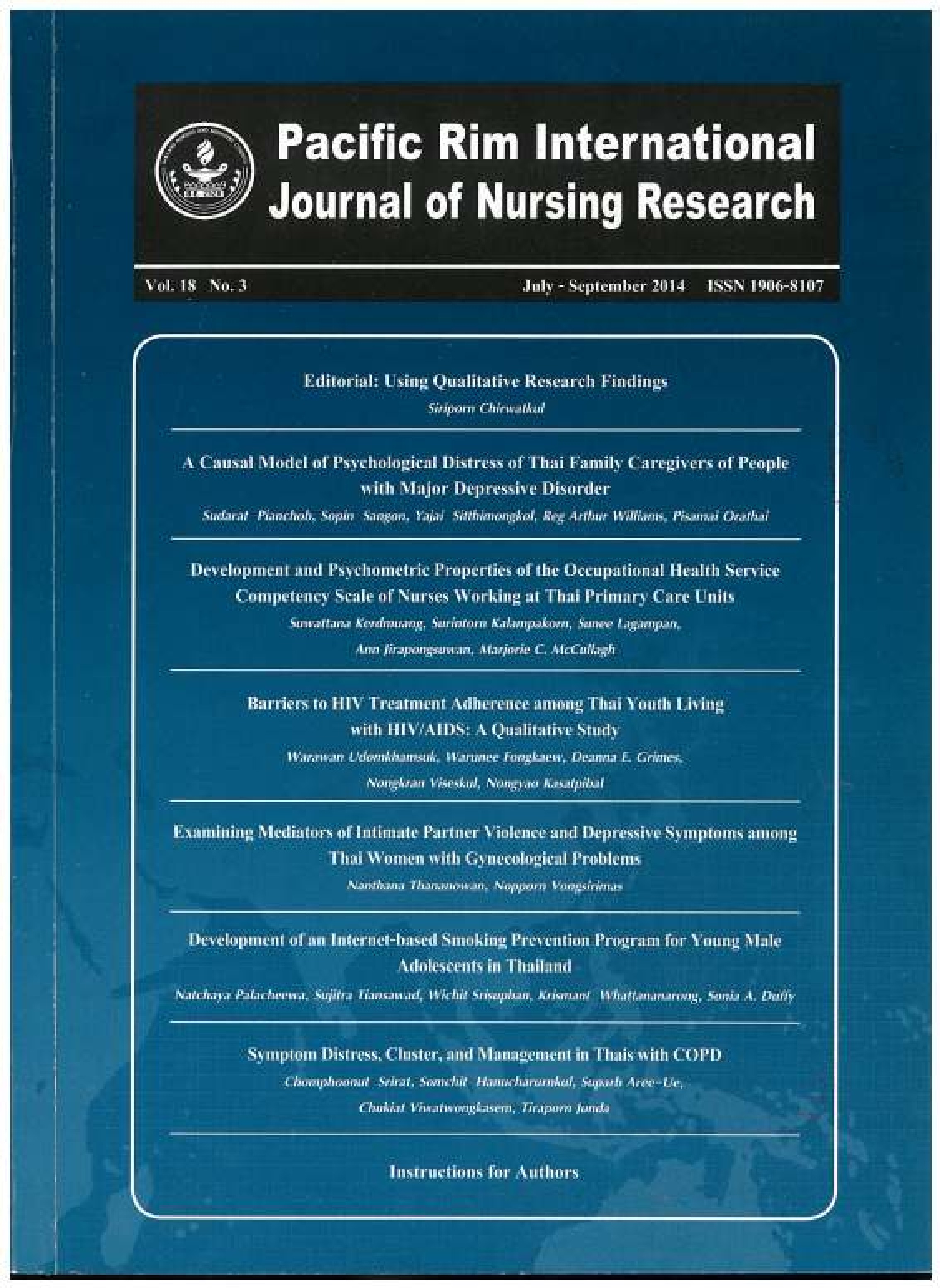 This developmental study produced the Internet-based Tobacco Smoking Prevention Program for young male adolescents. It was informed by the Health Belief Model, the Theory of Reasoned Action, the Social Cognitive Theory, and the Information Processing Model; used modified processes of computer-based instruction development; and tested the feasibility of the Program.

Results revealed that the critical elements of the theory-based program were content, simulations/video clips, interactive exercises, and web board for discussion. There was high agreement from the students that the website was convenient, preferable, interesting, useful, acceptable, practical, and sufficient but only moderately fast in speed. There were significant increases in the mean scores of knowledge regarding smoking, attitude toward smoking, and self-efficacy in smoking refusal at immediate post-test and on day 7, excluding the skills of smoking refusal, but significant differences in the mean scores of decision-making in smoking refusal at baseline and at immediate post-test.

Findings suggest that school and community nurses can use the Program as an interactive strategy to improve the adolescents’ knowledge regarding smoking, attitude toward smoking, and self-efficacy for smoking prevention.