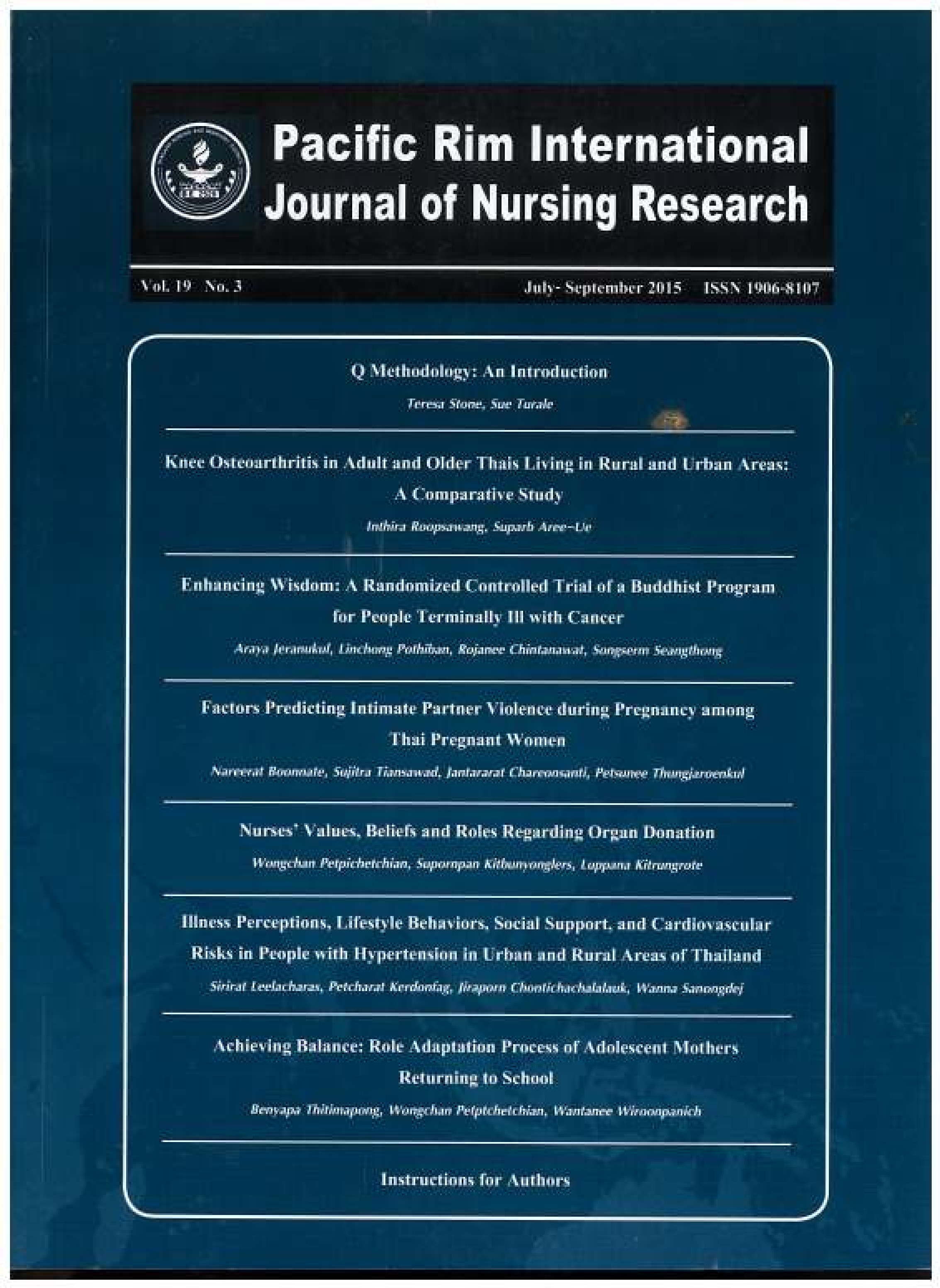 Hope and coping are major factors affecting the quality of life of people who are terminally ill with cancer. Thus, this randomized controlled trial examined the effects of the Enhancing Wisdom through the Buddhist Doctrine Program on hope and coping in people terminally ill with cancer. Thirty three participants were randomly assigned to two groups with the computed block design: the experimental group (n = 15) received the Program in addition to standard care; and the control group (n = 18) received standard care only. Data were collected before, immediately after, and one month and two months after the Program by using the Herth Hope Index and Jalowiec Coping Scale.
Using one and two-way repeated measures ANOVA and independent sample t-test revealed that the hope level of participants after receiving the Program was significantly higher than before receiving the intervention and higher than those receiving standard care at one month and two months afterward. In addition, emotive coping in this group was significantly lower than that before receiving the Program and lower than that of the control group at one month and two months afterward, study findings suggest that nurses can use the Program as intervention to enhance hope and to decrease the use of emotive coping of people terminally ill persons with cancer, however the Program needs testing with larger samples in different Thai populations.