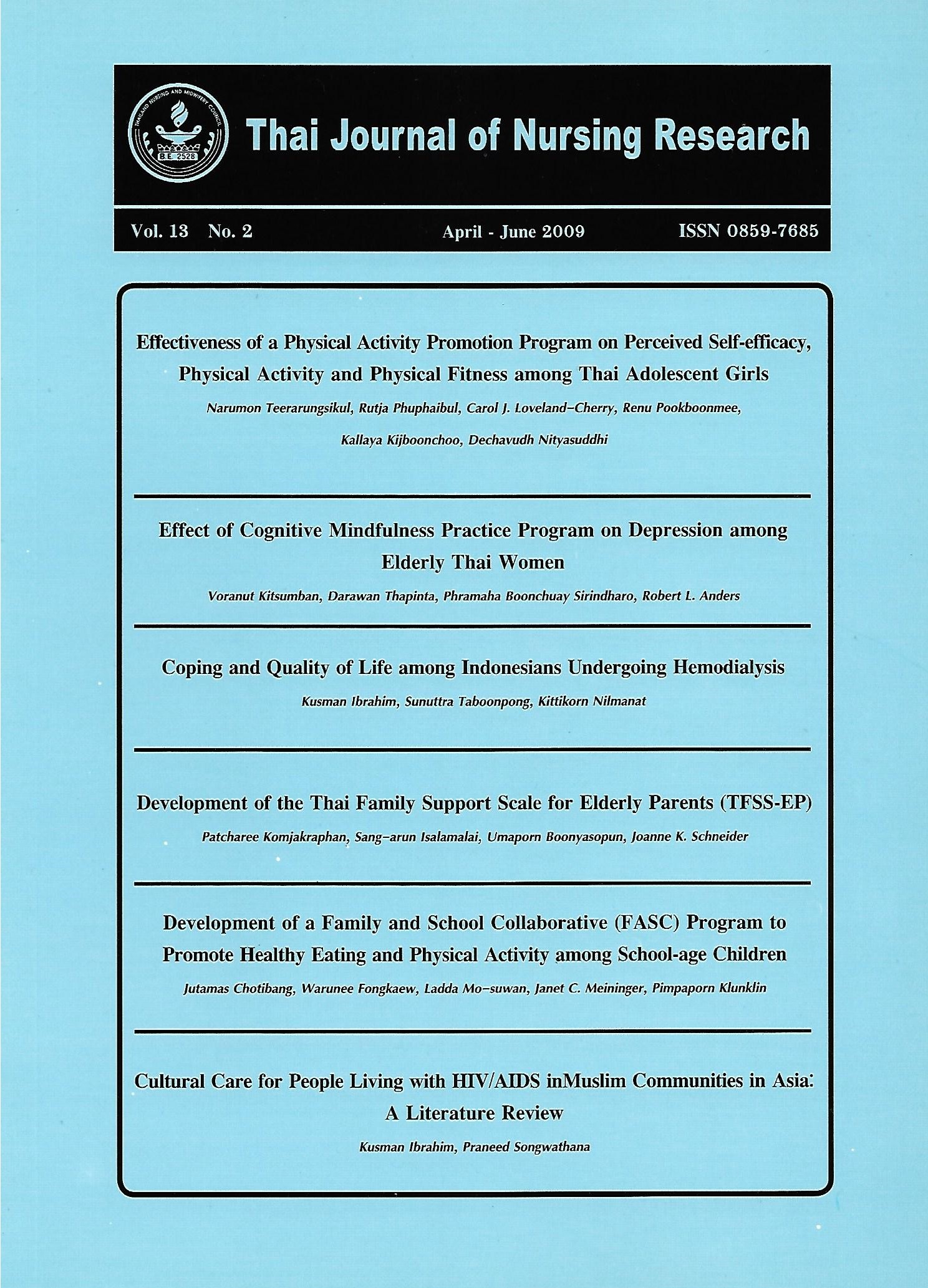 With increasing globalization, nurses around the world are engaging in more scholarly, collaborative, cross-cultural activities, such as publishing, than ever before. Experienced nurse authors are well aware of the complexities of developing a piece of original work, be it research, education or clinically-based. However, those who have not written for publication, especially in an English language journal, often do not know where to begin, or the ethical issues that need to be considered, when preparing a manuscript. To create a scholarly paper involves time, planning, drafting, writing and numerous re-writes of one’s thoughts. One, especially a first time author, may have numerous false starts before producing a manuscript that is of sufficient quality to share with the greater world of nursing.

Regardless of culture, there are a number of basic ethical principles, related to publishing, all members of the health care disciplines, worldwide, should follow. Thus, we, as, Editors of the Thai Journal of Nursing, feel a need to address a few of these principles in this editorial. The issues we will address include: (a) plagiarism; (b) inappropriately putting a person’s name on a manuscript; (c) using copyrighted research instruments for which no permission for it’s use or translation was obtained; and, (d) submitting a manuscript to more than one journal at a time.

Plagiarism involves the act of taking the work of another person and passing it off as one’s own work. In other words, plagiarizing is no different than pirating, imitating, forging or stealing. Once a scholarly work is published, it is considered to be copyrighted and exclusively owned by the person or company that holds the copyright to the published work. For example, once an author(s) submits a manuscript to the Thai Journal of Nursing Research, and that manuscript is accepted and published, it no longer belongs to the original author(s). The article, upon its publication, is considered to have been copyrighted by the Thai Journal of Nursing Research. In other words, the ownership of all words, tables and figures within the article belongs to the journal, once it has been published by the journal. Therefore, neither the original author(s), nor anyone else, has the legal right to copy anything from the published work, or place it into another paper, unless appropriate citation is provided, even if he/she is the one who wrote the words. Thus, copyright does not mean the “right to copy” any published papers, manuscripts, tools, instruments, tables, figures, charts or graphs as one desires.

To avoid conflict among scholars, who are working on a single manuscript, it is advisable to come to an understanding, before a manuscript is written, as to what each author will contribute and, subsequently, agree as to the ordering of the authors’ names. Again, the ordering of names should be based upon the actual level of contribution made by each author.

Translating someone else’s written work, into another language, and then taking credit for that work, as if it was your own, also is a serious violation of ethical scholarship. Such an act is referred to as a violation of one’s “intellectual property rights.” While most authors consider it a compliment and feel honored to have their thoughts translated into other languages, for the purpose of sharing their work worldwide, they are not pleased to learn that someone else has taken credit for their original thoughts. The original developer of the instrument(s) is the one who spent numerous hours thinking, researching, writing and testing their thoughts before developing a useable product. Please be ethical in all that you do and do not who steal from those who developed what you are using!

Once permission, has been granted by the owner of the instrument to use and translate an instrument into another language, it requires significant time and effort to accomplish the needed translation and back-translation of the instrument before it is used in the chosen language. Thus, the person performing the translation, as well as whoever back-translates and compares it with the original instrument to make sure the meaning has not been changed, should receive appropriate compensation. This compensation may appropriately involve monetary payment or having one’s name listed as the last co-author of the written document. Remember that the arrangements made between the lead person of the scholarly endeavor and the person doing the translation of the instrument need to be done prior to the beginning of the translation process. Keep in mind that prior to translating any published work (i.e. article, book or survey instrument); the holder of the copyright (such as a publishing company) must grant approval, to the person who actually will use the instrument, for the published work’s translation.

Submitting a single manuscript to more than one professional journal at a time also is an unethical practice. Whenever a manuscript is submitted to a journal, it is the understanding of the editors of the journal that the author(s) of the submitted paper are giving the journal the exclusive right to review, and, possibly, publish, the submitted work.

Reviewers of journal manuscripts spend many hours reviewing and making comments and suggestions to the author(s) regarding all components of the submitted paper. The reviewers for most English language nursing journals, including the Thai Journal of Nursing Research, perform their duties for the journal as a contribution to their profession, and are not paid by the journal.

In addition, the editors of most English language nursing journals, including the Thai Journal of Nursing Research, spend numerous hours, days and even weeks, reviewing, editing and revising submitted manuscripts to make them sufficiently readable and scholarly to publish and share with the international world of nursing. Many of the editors of the English language nursing journals personally know one another and serve as reviewers for different nursing journals. Thus, the editors communicate together and become very distressed when they recognize that someone has submitted the same paper to more than one journal at the same time. Such recognition is readily disseminated among the editors, the offending author(s) is considered to be professionally unethical and any future paper on which his or her name appears may not be considered for publication by the editor(s) of some of the journals. Thus, many professional journals, including the Thai Journal of Nursing Research, require the lead author to submit a letter or sign a legal document indicating that no part of the submitted manuscript currently is under review by another journal. Please follow the journal’s Instructions to Authors and do not submit your manuscript to more than one journal at a time.

Remember, having one’s written work reviewed by a panel of peers and, subsequently, accepted for publication is a wonderful sense of accomplishment. It is a mark of acceptance by others that what you have produced is worthy of sharing among your peers and the respective community of scholars. Thus, to be an ethical author, one must be cognizant of his/her actions and avoid engaging in any form of unethical scholarly behavior.

We are glad you are a reader and, hopefully, a contributor to the Thai Journal of Nursing Research! We look forward to considering the manuscripts you and your colleagues submit for consideration for publication.