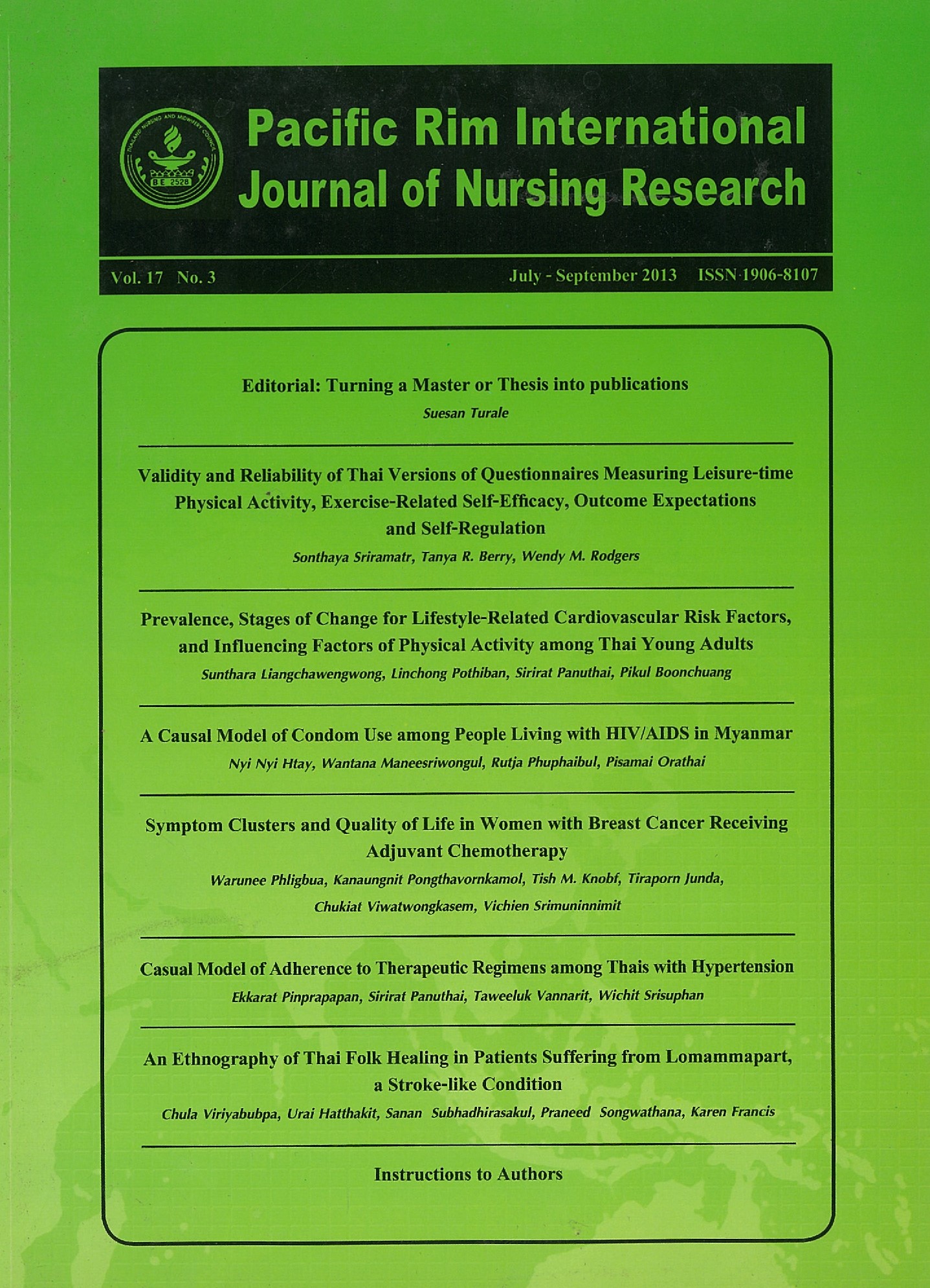 Using a correlational study design, a causal model of condom use was proposed and tested with 506 people living with HIV/AIDS in Mandalay, Myanmar. The constructs and conceptual relationships of this model were based on the Information-Motivation-Behavioral Skills model of changing AIDS-risk behavior. Self-reported structured questionnaires were used to collect the data. The hypothesized model was tested with the robust maximum likelihood method using the asymptotic covariance matrix employed by LISREL programme.
Findings revealed that 48.22% of participants reported always using condoms but 15.81% never used condoms when having sex with their partners in the past three months. The results showed that the last modified model adequately fitted the empirical data, and accounted for 74.70% of the variance for condom use among people living with HIV/AIDS. Moreover, accessibility/availability of condoms and condom-use skills had strong direct effects on condom use. Knowledge about transmission and prevention of HIV; attitudes towards condom use; condom norms; and perceived vulnerability had significant indirect effects on condom use through condom self-efficacy and condom-use skills. Condom self-efficacy had a powerful direct effect on condom-use skills as well as a significant indirect effect on condom use through condom-use skills. The nursing implications arising from this study include raising awareness of HIV reinfection among people living with HIV/AIDS and providing peer-based education and condom-use skills training sessions at the HIV treatment and care settings to promote condom self-efficacy together with condom-use skills.