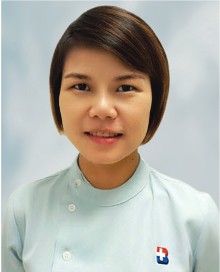 OBJECTIVE: To prove that the modified MDCT technique (single scan with minimally added contrast volume technique) can be used effectively in the right ventricular outflow tract (RVOT) and coronary artery structure demonstration and assessment before RVOT ablation with acceptable-readable image quality in cases of Brugada syndrome.

MATERIALS AND METHODS: We retrospectively analyzed image quality of Brugada Syndrome patients who were planned for RVOT ablation and underwent 256-slice MDCT scanning using both conventional and modified techniques, i.e. minimally added contrast volume technique with iodinated contrast injection. The quality of the images obtained from MDCT using the modified technique was assessed in terms of acceptability and readability by the criteria of CT attenuation value of the region of interest (ROI) equal to or more than 250 HU (Hounsfield Unit).

RESULTS: Between 2009 and 2012, a total of 13 Brugada syndrome patients (13 males mean age of 44.2 + 10.87 years old, mean weight 63.61 + 9.6 kg) who were planned for RVOT ablation were enrolled. All these patients underwent MDCT to demonstrate RVOT and coronary artery structure for pre-ablation planning. Nine of thirteen patients underwent 256-slice MDCT using the ECG-gated modified, minimally added contrast volume technique. All these nine patients provided the RVOT and coronary artery images that met acceptable-readable criteria, CT attenuation value > 250 HU). Four of thirteen patients underwent 256-slice MDCT scan using conventional technique of CTA for pulmonary artery. RVOT images of two patients and the coronary artery images of another two patients who underwent 250-slice MDCT scan using ECG-gated conventional technique of CTA for pulmonary artery did not meet the acceptable-readable criteria (HU < 250). The analysis showed the optimum contrast volume used in modified technique in our hospital was the value of calculated volume plus 10-15 ml and the total volume was not less than 60 ml for patients weighing 50-75 kilograms, regardless of heart rate, and we would recommend that it should not be less than 60 ml, otherwise image quality is detrimentally affected. Comparing to the MDCT, using the conventional technique in a separate scan to demonstrate RVOT and coronary artery, the exposure dose of radiation of the modified technique was as same as ECG-gated CTA for pulmonary artery scan only and the total contrast dose was also reduced by about one third.

CONCLUSION: Using modified minimally added contrast volume technique with the 256-slice MDCT is very convenient and can be used effectively in demonstrating RVOT and coronary artery for RVOT ablation planning in Brugada’s syndrome cases with acceptable and readable image quality