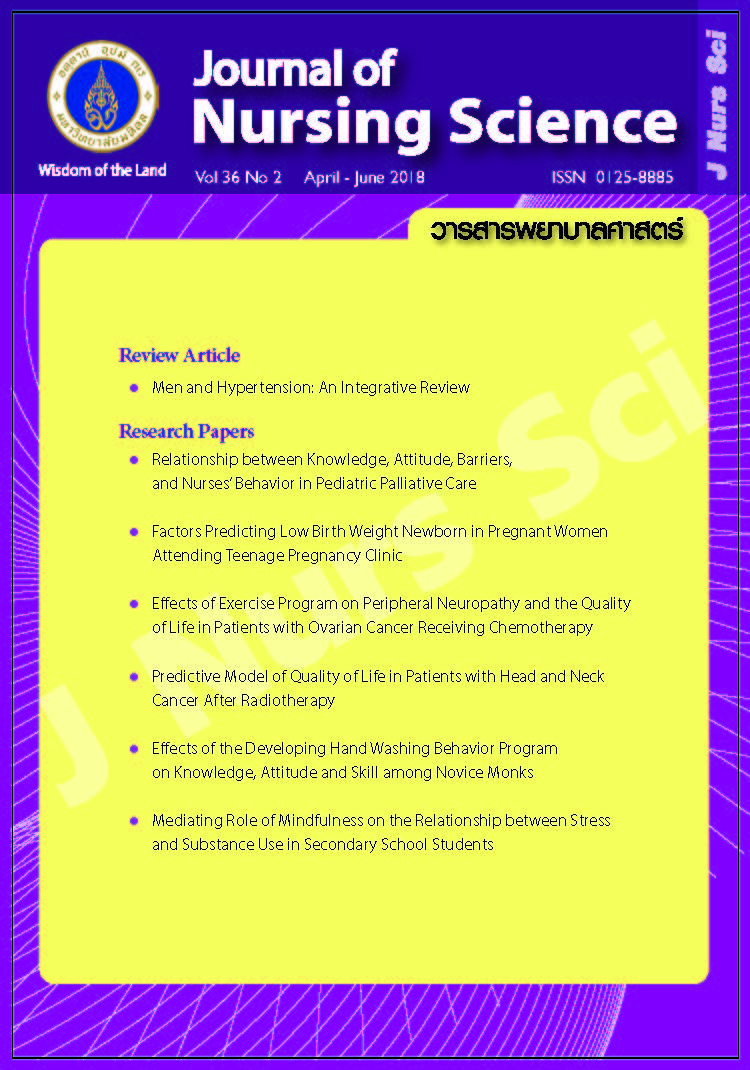 Purpose: To evaluate the effect of the developing hand washing behavior program on knowledge, attitude, and skill among novice monks.

Design: A descriptive study was conducted using a secondary analysis of existing data collected by one faculty of nursing under the 2016 Academic Service Project for the Novice Monks at Wat Phaidam Buddhist School.

Methods: A total of 162 novice monks in the school participate in the Academic Service Project. The data were collected at three phases: before (pre-test), immediately after (post-test1), and one-month after the program. Self-administered questionnaires were used to measure knowledge, attitude, hand washing skill, and the satisfaction towards the program. Descriptive statistics and repeated measures ANOVA were used for data analysis.

Main findings: Results revealed that all handed hygiene knowledge, attitude and skill of novice monks are significantly increase after finishing active participation learning program e (p < .05). The Novice monks showed retention of knowledge, attitude and skill on handed hygiene care at 1 month. Additionally, majority of them (80%) expressed their level of satisfaction towards the program ranging between high and highest.

Conclusion and recommendations: The developing hand washing behavior program helps improving knowledge, attitude, and skill on hand hygiene care. This program should be promoted to apply among novice monks population and positive reinforcement should be given to sustain their hygiene behavior which, in turn, will result in well-being of novice monks.

Disclaimer: The opinion expressed and figures provided in this journal, NSJT, are the sole responsibility of the authors. The editorial board bears no responsibility in this regard. 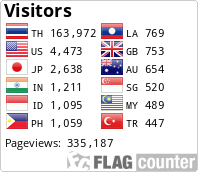