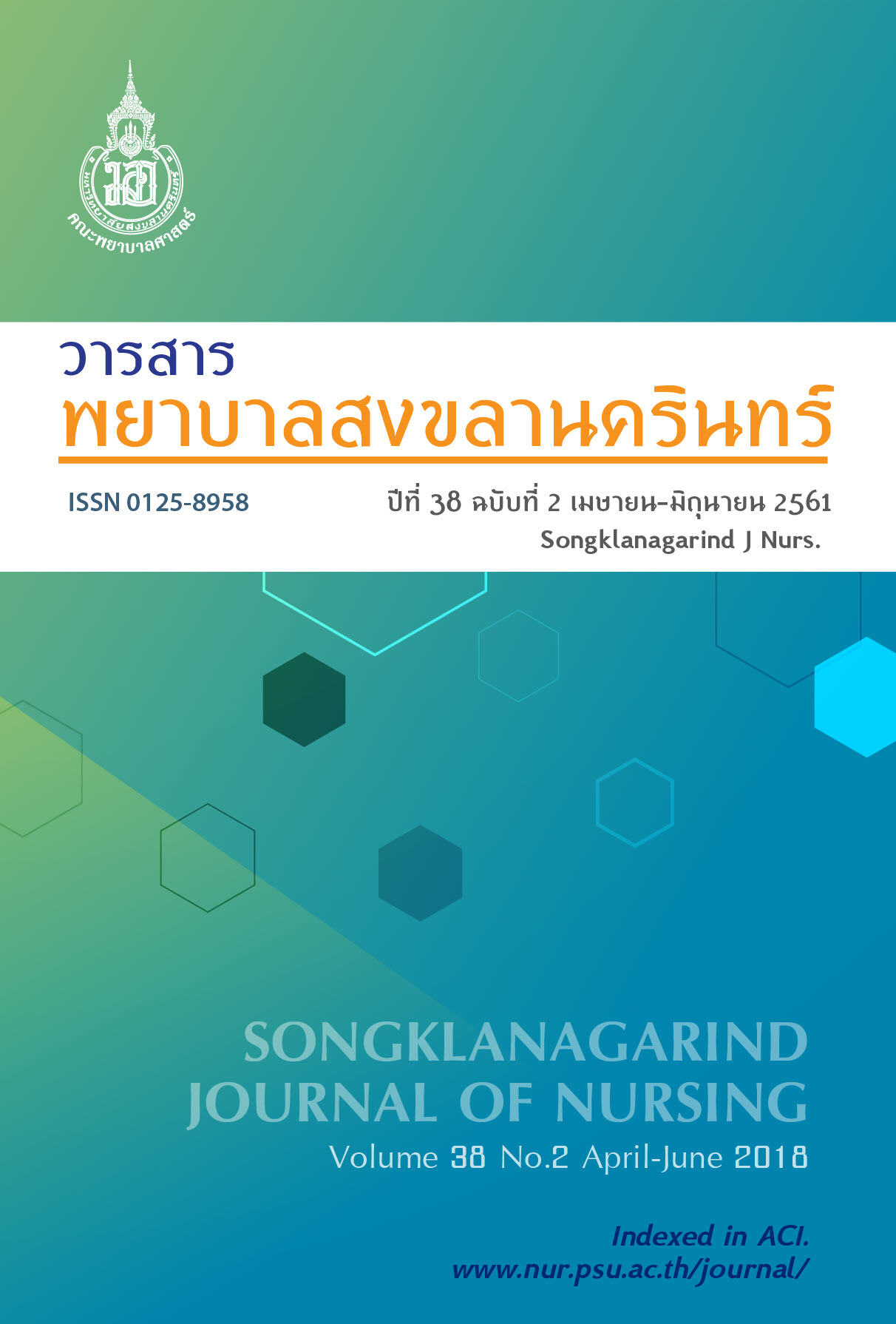 This descriptive research study aimed to investigate the competency of a nursing practitioner course
in renal replacement therapy (Hemodialysis), Prince of Songkla University and to compare the perceptions
associated with nursing competency among nurses who had finished the hemodialysis course, their supervisors
and their colleagues. One hundred and five participants were included in the study. Data were collected
from June 2016 to August 2017. Study instruments included two parts: a demographic data form and a
hemodialysis nurse competency questionnaire, all instruments were content validated by three experts. The
hemodialysis competancy questionnaire for nurses was tested with a content validity of 1 and reliability with
Cronbach’s alpha coefficients of 0.91, 0.96 and 0.96, respectively. Data were analyzed using percentage,
mean, standard deviation and F-test.
The results revealed that mean score of the competency of hemodialysis nurses was high level
(nurses who had finished the hemodialysis course M=3.73, SD=0.34; their supervisors M=3.62, SD=0.48 and
their colleagues M=3.75, SD=0.48, respectively) and there was no statistically significant difference related to
the competency of hemodialysis nurses between the groups (F=0.843, p= 0.434).
According to the study findings, the nursing specialty course in renal replacement therapy nurse
practitioner (Hemodialysis) should be developed and improved, especially competency related to evidence
based practice and research in order to improve nurses’ ability to enhance patients’ outcomes.