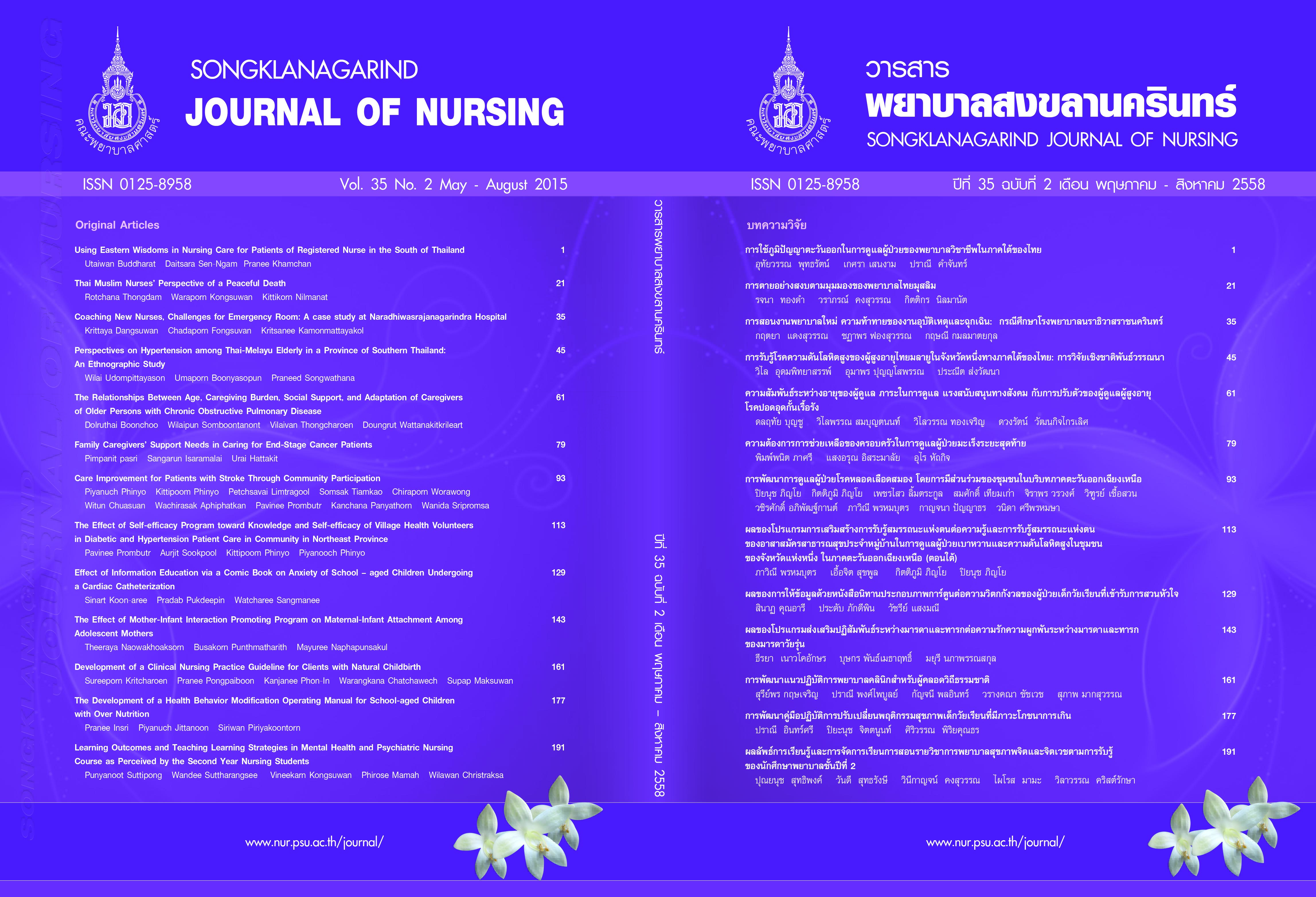 This developmental research aimed to develop and evaluate the effectiveness of clinical nursing practice guideline for clients with natural childbirth. The committee consisted 11 persons to develop clinical practice guideline. The content validity index was tested by 5 experts. The reliability was tested by 6 nurses. The effectiveness of the clinical practice guideline was evaluated in 2 parts: 1) able to practiced and 2) difficulty and simplicities in practice. The satisfaction was evaluated by nurses and laboring women. In addition, the obstacles or the problems of using the clinical guideline were evaluated.The CVI was 0.92 and has a high reliability with internal consistency of 93%.

It was reported that using this guideline could be most easily practiced for the third and fourth stages of labor. The nurses were satisfied with this guideline at a high level. The laboring women also reported high satisfaction with receiving care under the guideline. The obstacles to using the guideline were reported by the nurses in 3 aspects: 1) laboring women and their relatives, 2) overload of the task of the nurses, and 3) arrangement of the labor unit.

The developmental clinical practice guideline has high validity and reliability. The nurses who used it and the women who received care under the guideline experienced high satisfaction. This guideline should be used for sustaining natural childbirth.