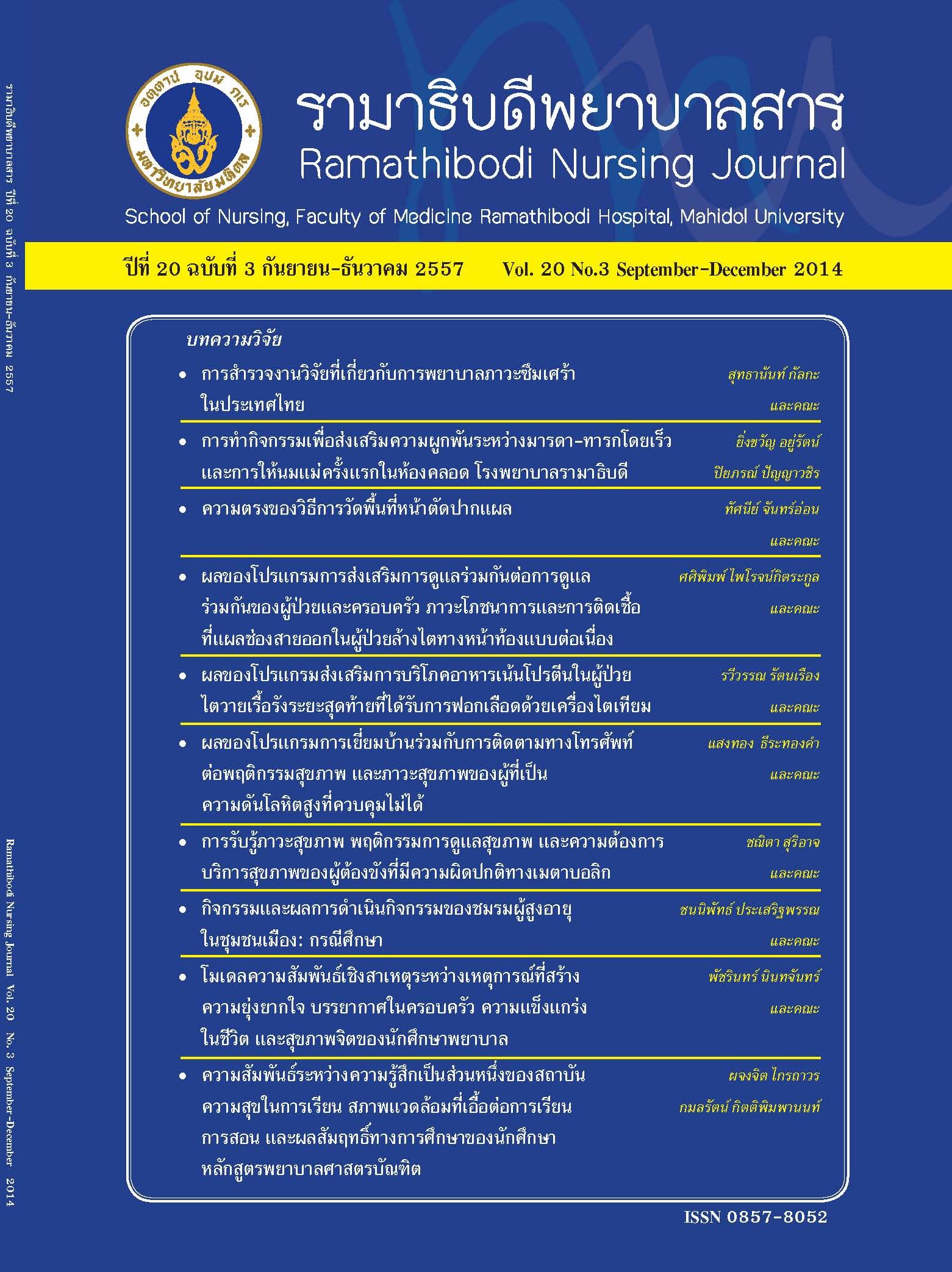 The purpose of this descriptive study was to investigate the effects of a protein intake promotion program on knowledge, perceived self-efficacy, protein intake behavior, and clinical nutrition status in ESRD patients undergoing hemodialysis. The concept of of Bandura was employed as the theoretical framework of the study.  The study sample consisted of 30 patients undergoing hemodialysis at the Hemodialysis Unit, the Kidney Foundation of Thailand, Galayani Vadhana Buidling, Priest Hospital.  Data collection was conducted during May and December 2012.  The study subjects were recruited by means of purposive sampling.  The subjects received the protein intake promotion program, and data were collected using the knowledge questionnaire, the perceived self-efficacy questionnaire, the perceived protein intake behavior questionnaire, and laboratory examinations to determine clinical nutrition status including protein albumin and normalized protein catabolic rate (nPCR), both before and after the experiment.  Data were analyzed in terms of frequency, percentage, mean, and standard deviation, and statistical analysis of Paired t-test and One-way repeated measure ANOVA were also used. The study findings showed that the subjects mean scores of knowledge and perceived protein intake behavior obtained after the program were higher than those obtained before the program with statistical significance.  However, the mean score of perceived self-efficacy after the program only slightly increased, but with no statistical significance.  At the fourth and 13th weeks after the experiment, the mean blood albumin levels and normalized protein catabolic rates increased with statistical significance.  The study findings indicate that the program enhances patients’ knowledge, perceived protein intake behavior, blood albumin levels, and normalized protein catabolic rates.