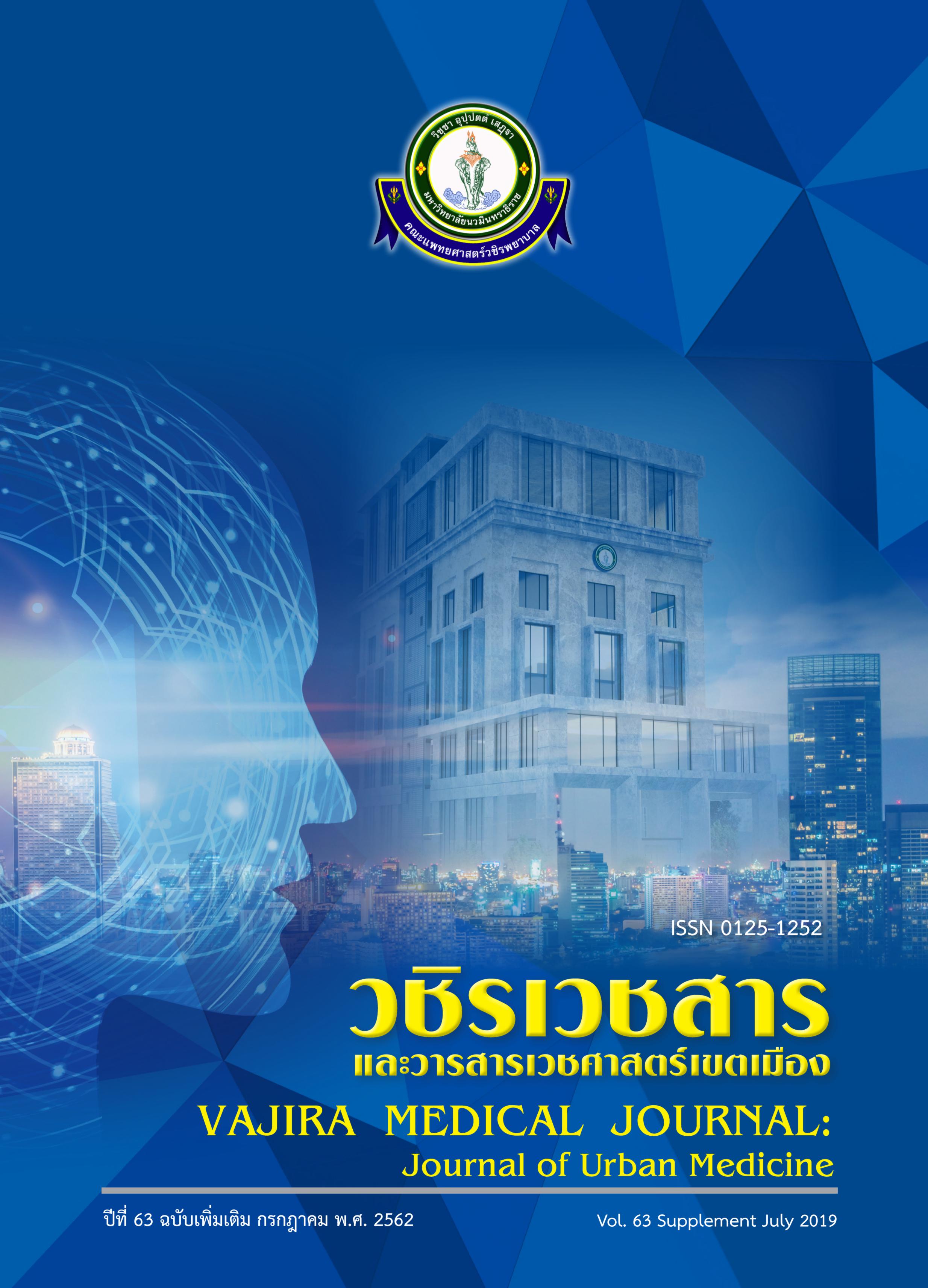 Objective: To explore the situation of depression and its related factors among older people living in urban community areas of Bangkok Metropolitan

Subjects: The Thai older people aged ≥ 60 years old and were living in the urban communities of Bangkok Metropolitan more than 6 months

Methods: Based on the technique of multi-stage cluster random sampling, the urban community areas of Bangkok Metropolitan were divided into 6 zones. After that the 4 districts of each of the zones were simply randomly selected and this was yield to 24 districts. The one community per the districts totally accounted to 24 communities were simply random chosen. Finally the older dwellers living in these communities accounted to 17-18 persons per the one community were judgmentally selected respectively. According to the Yamane formula, the amount of sample group was calculated to be 420 cases. The research tools employed here for the research data were the semi-structural questionnaire utilized to collect the quantitative personal data of the sampled group, the preliminary test of depression (2Q-9Q-8Q) constructed by the Department of Mental Health, Ministry of Public Health and this was used to evaluate the situations of depression, and the guideline of group discussions and in-depth interviewing were practiced to collect the qualitative data. The reliability of questionnaire was equal to 0.91. The collected data was analyzed and presented into mean, sd., chi-square and

Main Outcome Measures: Based on 2Q assessment, if the one person replies to have only the one item from many of them it indicates to that he or she has the risk of depression. Therefore it was found that the 113 older people or 26.9% were being at the risk of depression. The 9Q was also used to assess in the more details of the risk group and this was found that the risk group had the degrees of depression categorized from none, mild, moderate and to severe level were 47.8%, 39.8%, 7.1% and 5.3% respectively. Also the group had these of the following symptoms occurring on some days as 1) boredom, disregard for wanting to do anything 2) uneasy feeling depressed 3) discouraged having difficulty 4) falling asleep or sleeping awake or sleeping too much 5) Easily tired or loss of appetite or overeating and they were showed to 63.6%, 52.5%, 42.4%, 40.7% and 44.9% respectively. Some of the factors as health status, working conditions, living conditions and having the main caregivers of the Vajira Medical Journal: Journal of Urban Medicine Original articleselderly were statistically significantly associated with the risk of depression at P < 0.05. From the in-depth interviews and the discussion of the stakeholders it was found that the role of the government agencies and the Bangkok Metropolitan Authority should systematically cooperate together in order to develop the quality of life for the older persons.

Conclusions: The situation of depression among the elderly is likely to increase according to the Thai population structure. The strategies of prevention and promotion in this vulnerable group were necessary. The elderly are classified to be the one group of high depression risk. The role of the government agencies and the Bangkok Metropolitan authority should systematically cooperate together in developing the elderly health. It should have the special arrangement of the service system for the elderly and this should be made to be more conveniently and easily access. For the communities it should have the culture enculturation of caring for the elderly especially in those who are alone and have the high risks of health problems.