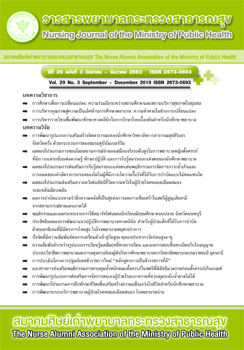 =4.24, SD =.51) for the context aspect. For the input aspect, speakers’ competency was highly recognized (

=4.46, SD=.55). All items of the product aspect were rated at the highest level including overall satisfaction (

=4.36, SD=.56) Furthermore, the posttest scores of attendants’ competency to become good government officers improved significantly (p<.01) when compared to the pretest scores. The strengths of this project were the speakers’ expertise and attendants’ participation, whereas, the weakness of this project was the significant amount of time consumed during the field trip.

10. Narongmee P. The CIPP Model for Evaluation of the Allowance of the Elderly : A Case Studyof Nonthaburi Municipality [Master thesis]. Bangkok: Thammasat University. 2011. (in Thai).