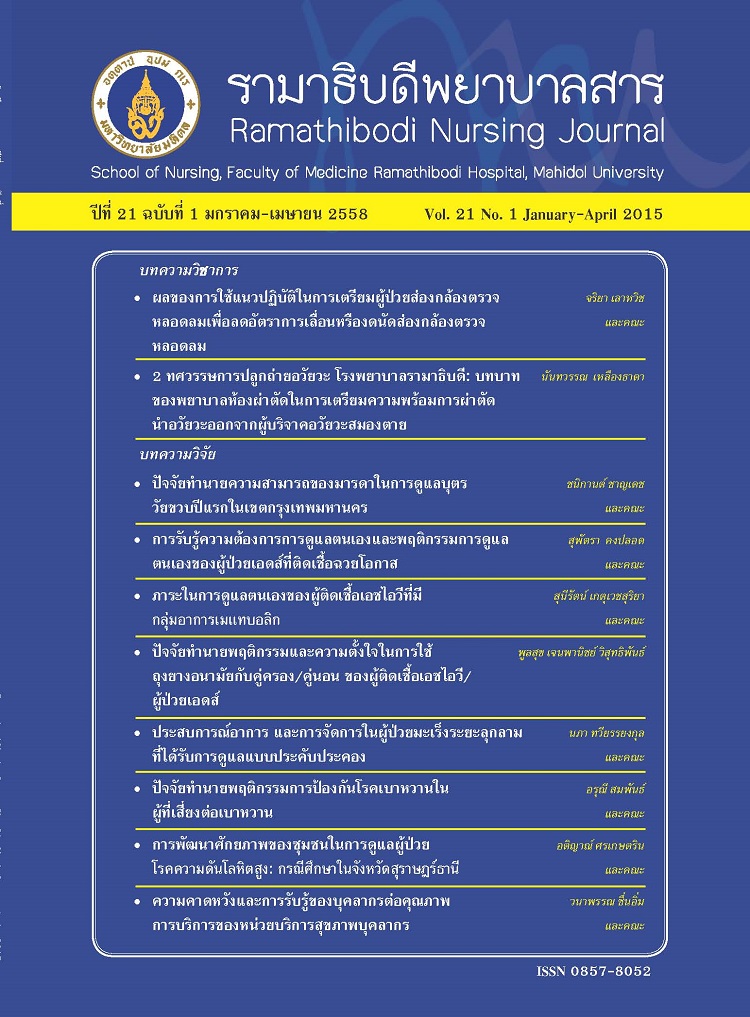 This study aimed to examine the predictors of condom use among HIV-infected patients/AIDS with their couples. Theory of Planned Behaviors was applied as a conceptual framework, which consisted of attitude toward condom use, subjective norms, perceived behavioral control (PBC) of condom use, and intention to use condom among HIV-Infected Patients/AIDS. A cross-sectional survey with description design and self-administrated questionnaires was used with a convenience sample of 82 HIV-infected patients/AIDS. The samples had an average age of 40.5 years (SD= 8.97).   They were 64.6% and 88.4% who were married couples and heterosexual couples, respectively.  The prevalence of HIV discordance among Thai couples was 51.2%. The prevalence of condom use at the last sexual intercourse and of consistent condom use was 76%, and 52.4%, respectively. This study found the intention to use condom and PBC were the significant predictors of condom use. In addition, subjective norm and PBC were significantly related to the intention to use condom, whereas the attitude toward condom use was not.