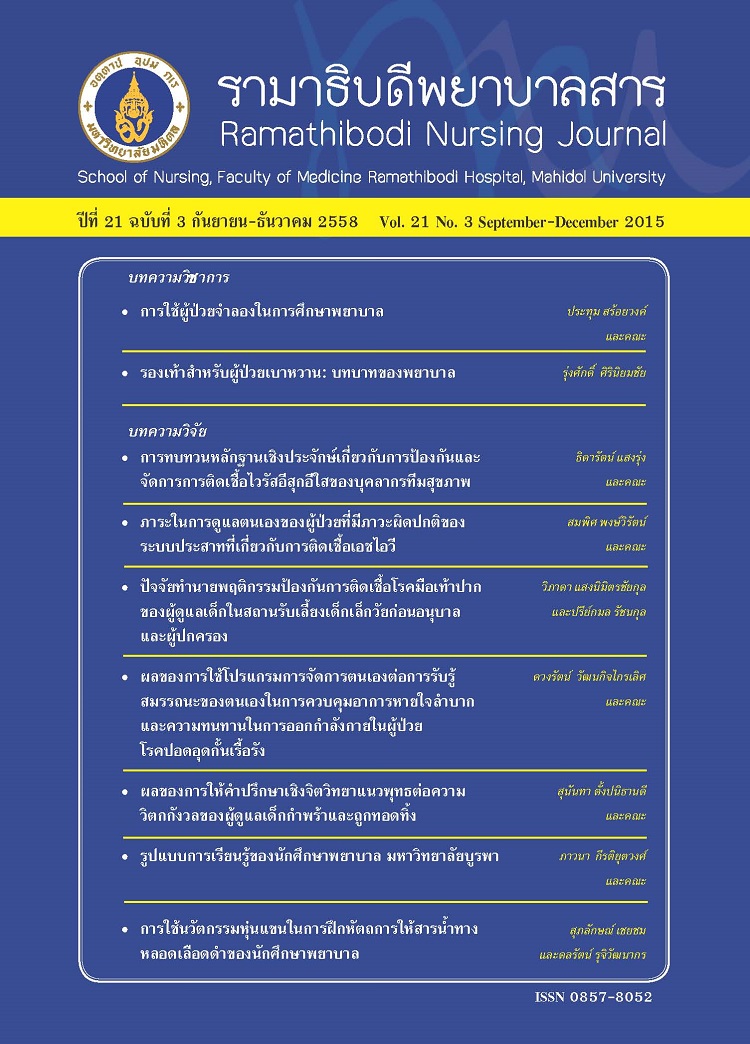 Abstract: Chicken pox is an infectious disease that can affect both sexes of all ages. It can be fatal if an adult contracts the disease and has serious complications. Healthcare workers involved in taking care of these patients also run a high risk of contracting the disease. As with the patients, the quality of life of infected healthcare workers is poor, and hospitals have to spend a substantial amount of money on treatment. The objectives of this study were to review, analyze, and summarize the main points found in previous studies regarding the prevention and management of the varicella zoster virus infection in healthcare workers. This literature review covers studies published in both medical e-journals and regular medical journals between 1995 and 2010. Eighteen related studies were found: one level-B study and 17 level-C studies. Their findings can be divided into three parts. Part one includes the screening process of infected healthcare workers in hospitals and history-taking. It was found that healthcare workers who had previously had the disease or been vaccinated against it could be accurately predicted to be immune. This was confirmed by the presence of the IgG antibody in the blood tested by Enzyme Linked Immunosorbent Assay Method. The positive result of the blood test confirmed that workers had immunity to the disease. Part two deals with the prevention of the disease in healthcare workers in hospitals by measures such as providing vaccinations. Those who were not sure whether they had had the disease or not, or who had never had it, were given a test to check whether or not their blood contained the IgG antibody. The negative result of the blood test confirmed that they had no immunity to it. They were then given two vaccination shots 4–8 weeks apart, which proved effective against the disease. Part three deals with the management of the disease in healthcare workers in hospitals by measures such as the quarantine of infected healthcare workers, hiring additional healthcare workers to replace the infected ones, and using acyclovir or varicella zoster immunoglobulin to treat those who were close to patients, especially those patients whose immunity to the disease was low. All of these procedures would be put into effect if the disease reaches the epidemic level.