Background: Being overweight is a global public health problem. In addition to losing body image, it is also the cause of chronic diseases. Weight loss requires continuous behavioral changes. By conducting a study on a self-regulation program regarding weight loss behaviors and the body weight of overweight female village health volunteers, nurses and other healthcare personnel can gain knowledge of how to create weight loss plans, which can be beneficial to overweight individuals.

Objective: To study the effects of a self-regulation program on weight loss behaviors and body weight of overweight female village health volunteers.

Materials and methods: The study was a quasi-experimental research. The sample consisted of 54 female village health volunteers in Map Ta Phut Municipality of Rayong Province, who were divided into two groups: an experimental group and a control group. Each of the groups was comprised of 27 participants. The experimental group received the weight loss behavior control program. The data was obtained from simple random sampling. The tools used to collect the data consisted of a personal data questionnaire, as well as food consumption, exercise, and emotional control behavior questionnaires. The Cronbach's alpha coefficients were equal to 0.70, 0.71, and 0.77 respectively. The data was analyzed using descriptive statistics and t-statistics.

Conclusion: The results of the study showed that the self-regulation program had affected the behaviors and body weights of the female village health volunteers. 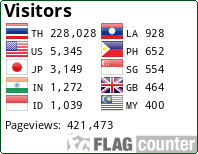