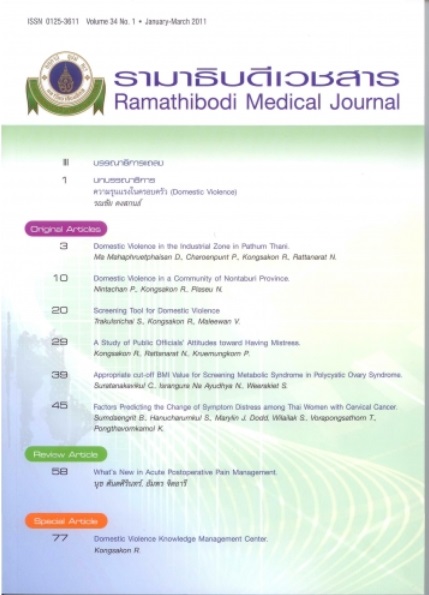 Objectives: The study purposes were to survey the public officials’ attitudes and to find ways to prevent having mistress problem.

Methods: The study method was the survey research collecting information through questionnaires from the public officials 1,573 persons (total 1,750 persons).

Conclusion: The study can be concluded that having mistress is a problem that the social must be aware because it is a part of occurrence of violation in the family or family breaking. For males’ opinion on having mistress to be deemed personal matter or cheating when he had a chance, the findings suggest that we should find the ways to change their attitudes to be the monogamy idea, to make them think about its consequences such as in reputation, career or organization, and to apply regulations and directives of Civil Services system to control their behaviors.