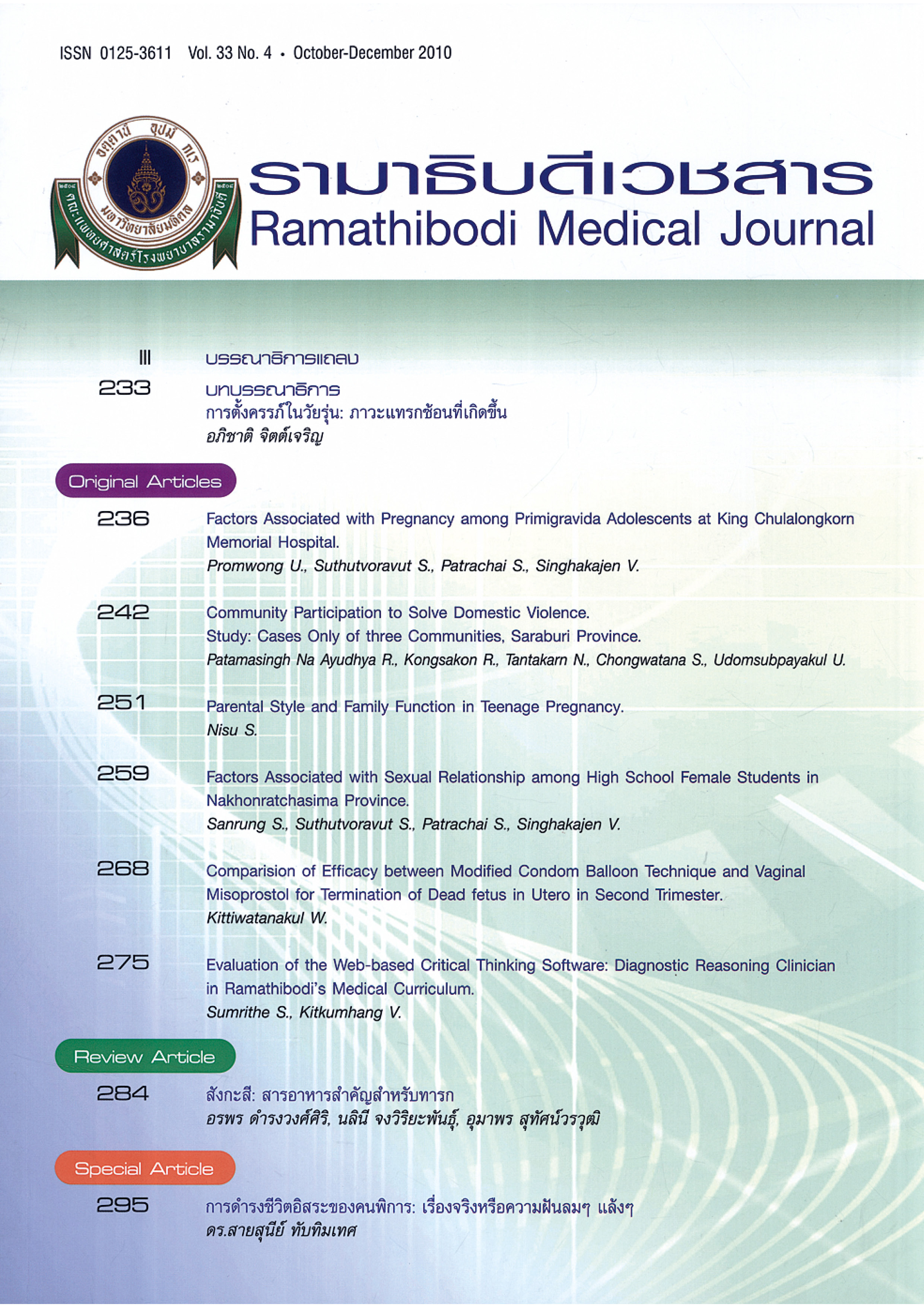 The purpose of this survey research was to study The Problem of The Domestic Violence and The Participation of 3 Communities in Saraburi Province. The samples of 600 people in 3 communities, 200 people from each community was selected by simple random sampling. The data collection method was questionairs between 20 January and 10 February 2009. The analysis method was descriptive statistics. The results were as follows.