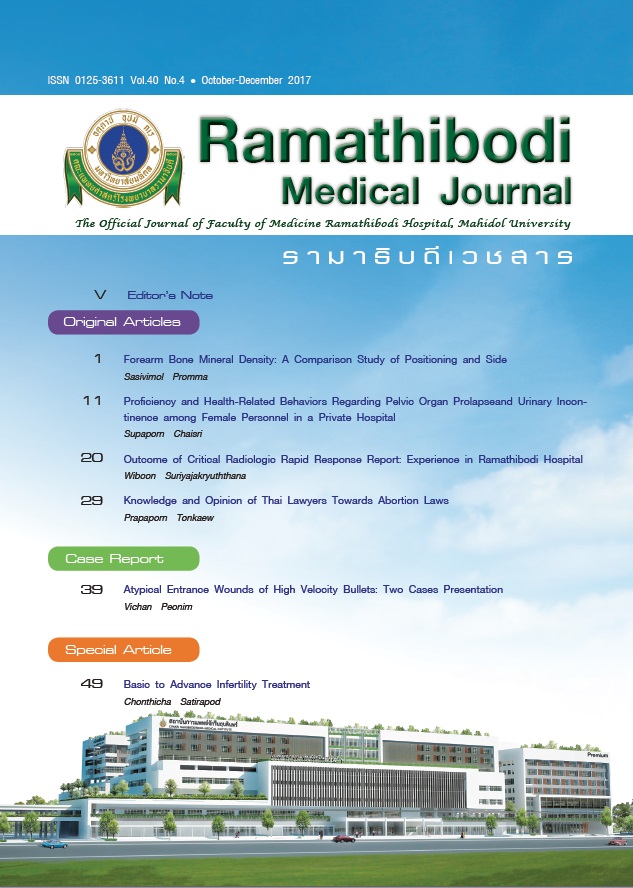 Background: Unwanted pregnancy is a major social and public health problem which most often ends in termination of pregnancy and unsafe abortion which is causing the deaths and disabilities. There is still argument among Thai lawyers about suitability of abortion laws in Thai Criminal code.

Objectives: To study knowledge and opinion of the lawyers towards abortion laws.

Methods: This cross-sectional survey research. The sample group comprised of 265 Thai lawyers attended intensive course classes in law, in the Institute of Legal Education of the Thai Bar. Data were collected by using self-administered questionnaires. Statistics for data analysis were frequency, percentage, mean and standard deviation. Chi-square and Fisher’s exact test were used to test the association between variables. P < 0.05 was considered statistical level of significance.