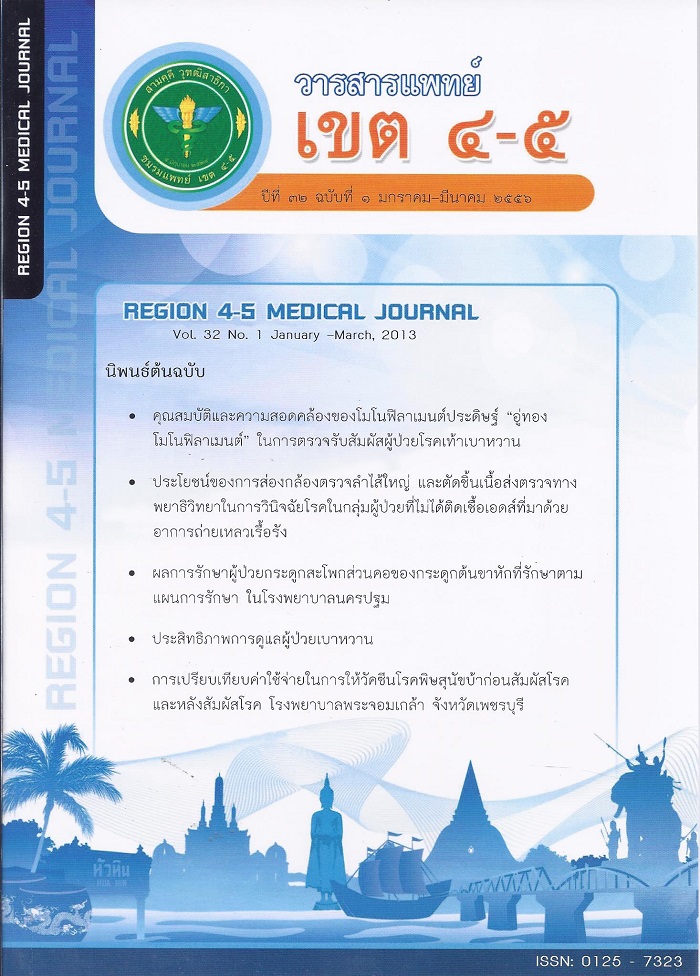 The purpose of this research was to study the effectiveness of health promoting program on knowledge, self-care behaviors and health status of Buddhist Monks in Photharam District, Ratchaburi. The study was a quasi-experimental research with one experimental group. The sample was Buddhist Monks who stayed in monastery during the rainy season March 2011 to March 2012. The sample group received health promoting program, integrated with the theory of PRECEDE Framework during March-April 2011. Data collection was done before the experiment and afterwards by using a questionnaire and health evaluation form. Data analysis was performed by computing frequency, percentage, arithmetic mean, z-test and paired sample t-test were used for statistical tests.