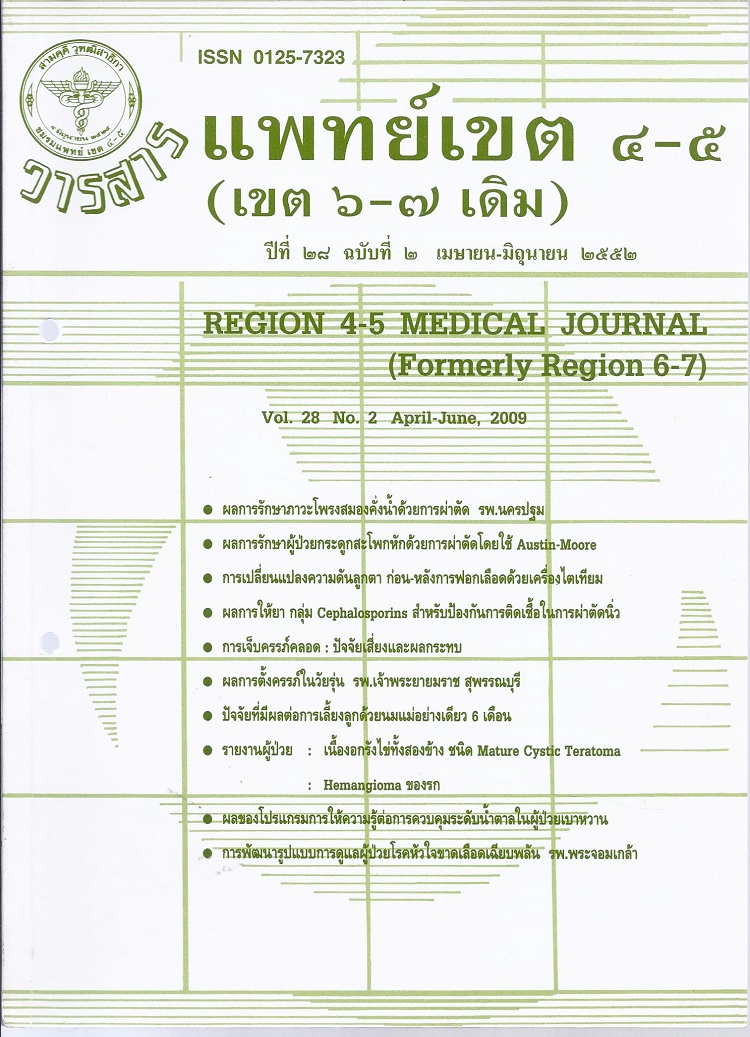 The objective of this operating research was to develop a care model for patients with acute coronary syndrome. In the first period, the patient medical records of 95 acute coronary syndrome patients, admitted during April to September 2007 were reviewed for studying care problems and patient care situation. Then, in the second period, the output of the first one was brought for planning and developing the health care plan by the multidisciplinary care team of Prachomklao hospital. This plan was applied to 106 patients, admitted during May to August 2008. Later, in the third period, the results of the implementation were analyzed regarding to its problems and obstacles. The plan was improved complying with the multidisciplinary care teamis recommendation prior it was reapplied to 102 patients, admitted during October 2008 to March 2009. Lastly, the patient outcomes were evaluated. The research results found that this multidisciplinary care plan could enhance the patients to have a better health care outcome more than that before the implementation, the average length I of stay was 6.80 days, the fatality rate was 41.05, and the readmission rate was 16.84 while the outcome at the early implemented period changed, the average length of stay was 5.07 days, the fatality rate was 26.41, and the readmission rate was 6.60 as well, in later implementation, that was 5.37 days, 18.62 and 4.82 conse-quently.