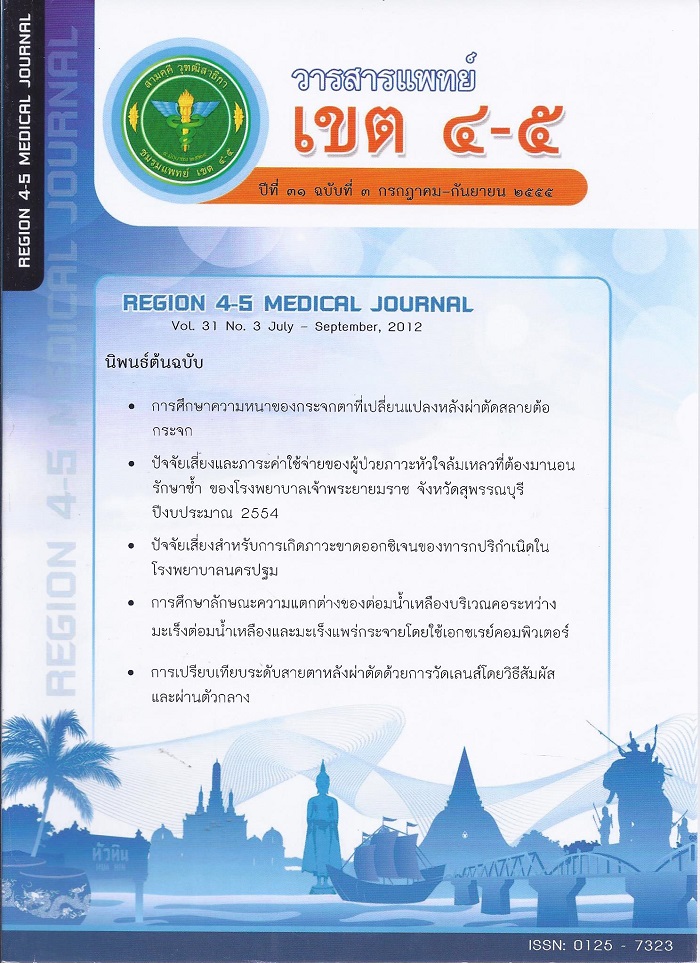 Methods: This is a cross-sectional analytic retrospective study. Seven hundred and one heart failure patients with age more than 15 years admitted in internal medicine ward since October 1st, 2010 to September 30th, 2011 were collected their baseline characteristics and devided to readmission and one admission groups. The statistical analyses were done later.

Result: Of 701 heart failure patients, 919 admissions, 315 (44.9%) were male, 386 (55.1%) were female with maximal age interval 60-75 years (41.7%). Most common comorbidities were hypertension, diabetes mellitus and anemia in order. There were 576 (82.2%) patients who had one admission and 125 (17.8%) patients who had readmission. The median length of stay was 4 (3-8) days/admission and the expenditure was 11,058 (5,806-25,000) Baht/admission. The average in hospital mortality rate was 14.9%. The risk factors with statistical significance for readmission were female, comorbidities; hypertension and congenital heart disease. The patients who admitted more than 7 days had less readmission in this study with statistical significance.

Conclusion: The risk factors with statistical significance for readmission were female and comorbidities; congenital heart disease and hypertension.