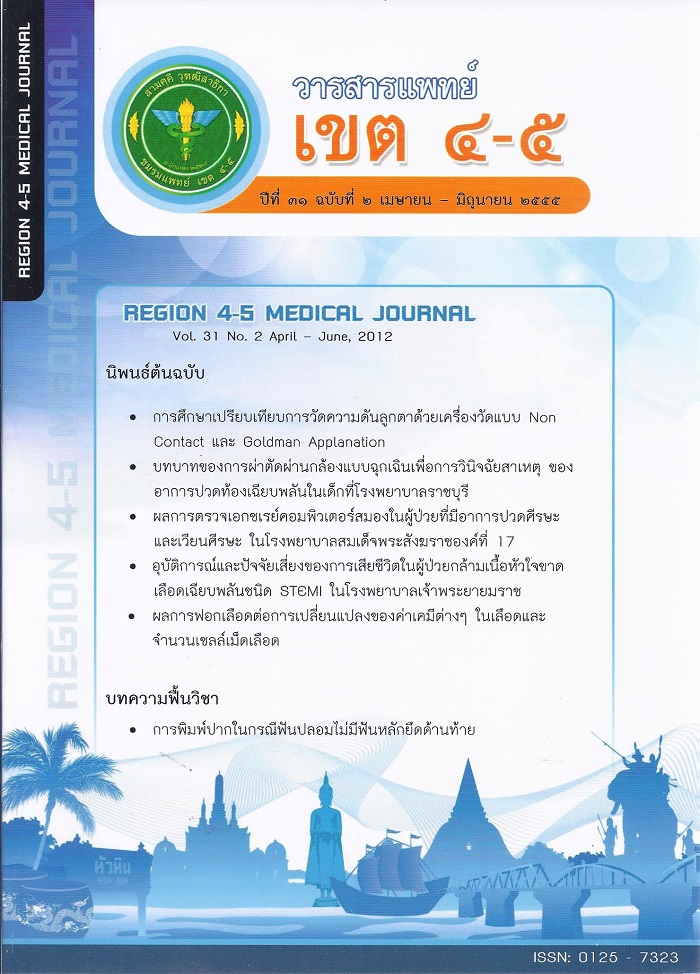 Objective: To determine the incidence of hearing loss among newborns delivered at Samutsakhon Hospital and to propose the retest after 1 month period to those newborns with presumably hearing impairment demonstrated by evoked otoacoustic emissions (OAE) method.

Material and methods: A descriptive study, 12,870 newborns in Samutsakhon hospital were screened with portable OAE before being discharged between January 1st, 2009 and December 31st, 2011. Based on the examinations, the results were divided into two groups, “pass” and “refer”. Infants who failed 2 consecutive OAE tests were reconfirmed by auditory brainstem response (ABR) and/or auditory steady state response (ASSR).