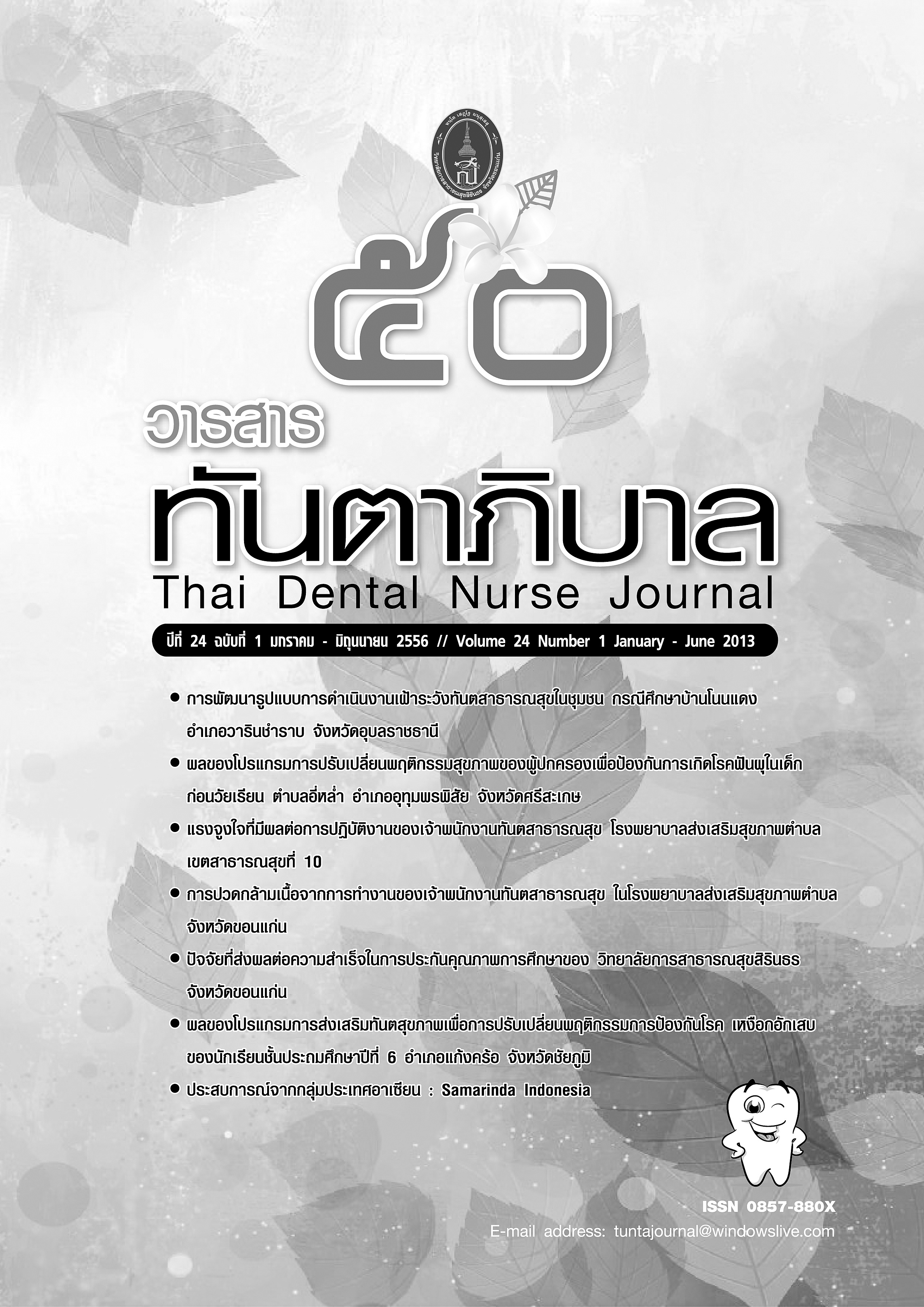 
This cross-sectional descriptive study aimed to investigate the motivation affecting the performance of dental health officers at sub-district promoting hospitals in the public health region 10. The questionnaire was sent to 130 subjects to collect quantitative data, randomly selected by Stratified sampling while the in-depth interview guideline was used to collect qualitative data from 12 key informants. The data collection was carried out from December 11, 2012 to January 10, 2013. Then collected data were analyzed by a computer package program. Frequency, Percentage, Means, Standard Deviation, Pearson’s co-efficient and Stepwise multiple regression analysis were used to perform statistical analysis. The findings revealed that the motivation had moderately positive relationship to the performance of dental health officers at a statistically significant level (r = 0.416 and p-value < 0.001). Multiple regression analysis revealed that three factors; job security, responsibility and recognition, were found to be able to predict the performance of dental health officers at 37.7% (r2 = 0.377, p-value < 0.05). The findings also showed that most of the problems related with motivator factors in work itself and responsibility respectively.