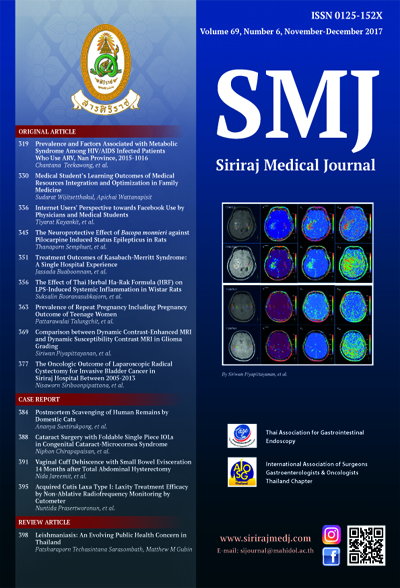 Objective:  Crime scene investigators, forensic medicine doctors and pathologists, and forensic anthropologists frequently encounter postmortem scavenging of human remains by household pets.
Case presentation: The authors present a case report of a partially skeletonized adult male found dead after more than three months in his apartment in Thailand. The body was in an advanced stage of decomposition with nearly complete skeletonization of the head, neck, hands, and feet. The presence of maggots and necrophagous (“flesh eating”) beetles on the body confirmed that insects had consumed much of the soft tissues. Examination of the hand and foot bones revealed canine tooth puncture marks. Evidence of chewing indicated that one or more of the decedent’s three house cats had fed on the body after death. Recognizing and identifying carnivore and rodent activity on the soft flesh and bones of human remains is important in interpreting and reconstructing postmortem damage. Thorough analysis may help explain why skeletal elements are missing, damaged, or out of anatomical position.
Conclusion: This report presents a multi-disciplinary approach combining forensic anthropology and forensic medicine in examining and interpreting human remains.