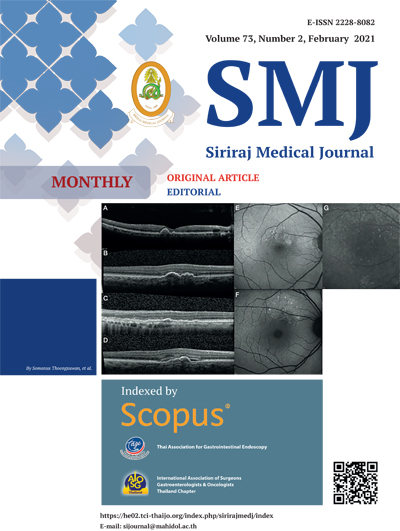 Introduction: The high incidence and prevalence of falls among older people with type 2 diabetes mellitus (ODM) have been documented. The risk factors of falls among ODM were identified as poor diabetic control, diabetic peripheral neuropathy (DPN) and balance impairment. This study aimed to investigate the contribution of DPN to history of falls. The differences of balance performance and lower limb muscle strength among ODM with and without DPN was also explored.
Materials and Methods: One hundred and twelve ODM were interviewed to obtain the history of falls within the previous 6 months. DPN was determined by the score of the Michigan Neuropathy Screening Instrument. Balance performance tests included Clinical Test of Sensory Interaction and Balance (mCTSIB), Functional Reach Test (FRT) and Timed Up and Go Test (TUG). Leg muscle strength was also measured.
Results: The history of falls was reported 30.6% of ODM with DPN and 10.4% of ODM without DPN. Presenting of DPN influenced falls with odds ratio of 3.46 among ODM. Differences were found of mCTSIB in the condition of eyes closed on firm and foam surfaces, FRT, and TUG between those with and without DPN. Knee extensor strength differed between those with and without DPN.
Conclusion: DPN was more prominent among fallers. Balance performance and leg strength were lower in ones with DPN. Falls prevention programs including balance training and therapeutic exercise to improve balance performance and muscle strength should be emphasized among ODM, especially before the onset of DPN.