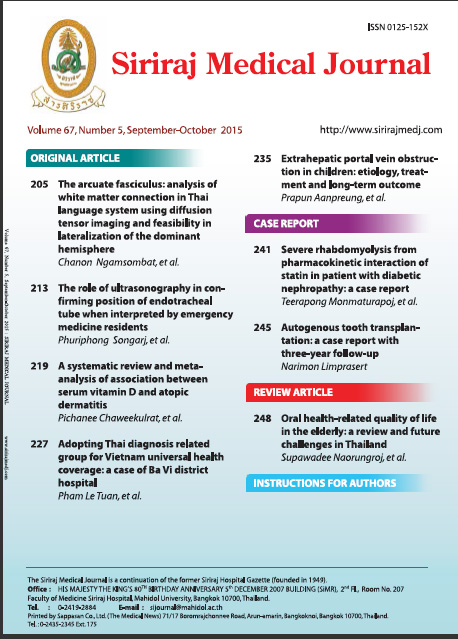 Objective: The arcuate fasciculus (AF) is classically described as white matter connecting Broca’s and Wernicke’s area, which is important for language processing in human. In previous study, lateralization of the AF to the left in normal healthy people was described. However, using of AF for lateralization of the dominant hemisphere in Thai speakers with Thai mother tongue language has not been studied. The purpose of this study was to demonstrate any possibility that AF (by diffusion tensor imaging (DTI)) could be used to lateralize the dominant hemisphere in native-Thai speakers.

Conclusion: The way to reconstruct the AF is feasible with practical method and software. However its clinical value to determine the dominant hemisphere in Thai subject is needed to be more explored with more advance and promised technique.