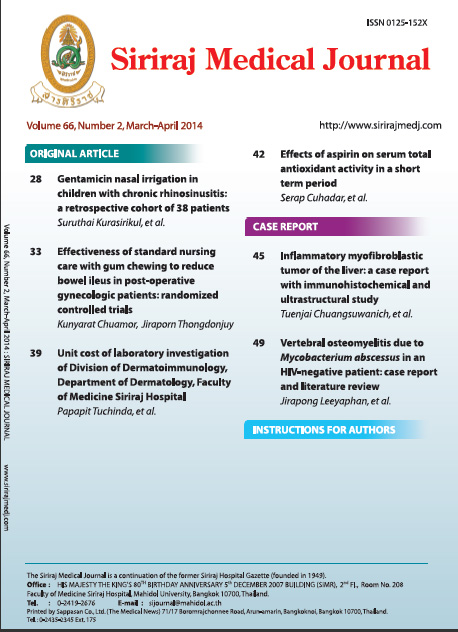 Objective: To compare the additional use of gum chewing with standard post-operative care in management of post-operative bowel ileus in Thai gynecological patients undergoing abdominal surgery.

Conclusion: Gum chewing provides a simple method for early recovery from post-operative ileus. Patients can tolerate gum chewing as early as the first operative day. It is a physiological method for stimulating bowel motility. Gum chewing should be added as an adjunctive treatment in post-operative care in gynecologic surgery.