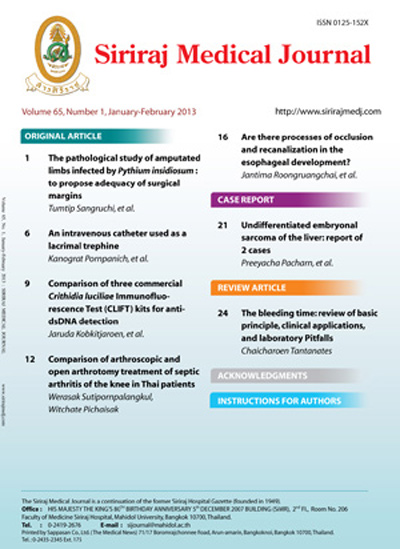 Objective: To study drug expenditure and the pattern of Non-Essential drug (NED) use after the restriction policy at a large University Hospital in Thailand.

Methods: The computerized data of the large University Hospital in Thailand was analyzed using a ‘I control chart’ with a statistically process-controlled method for the three highest oral drug expenditure groups of the hospital which included statins, proton pump inhibitor (PPIs), and non steroidal anti-inflammatory drugs (NSAIDs). The data of prior periods were collected before (December 2009-November 2010) and after (January 2011-August 2012) the implementation of the restricted policy of NED reimbursement was launched in December 2010.

Results: Both statins and PPIs expenditure were decreased more than 30% while NSAIDs was decreased about 25% after implementation of the policy. Drug expenditure cost was decreased about 177 million Baht per year in the three groups. The patterns of drug usage were changed from NED to Essential drug (ED) about 36%, 26% and 7% in statins, PPIs and NSAIDs groups, respectively.

Conclusion: The restriction of the NED prescribed policy was able to reduce the drug expenditure of the large university hospital. However the sustainable cost saving must be followed for the long term period.