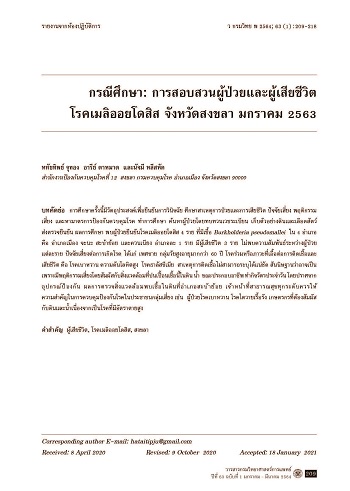 The objectives of the investigation were to verify the diagnosis, to study caused of illness and death, risk factors in environmental, risk behaviors, and to set the preventive measures. These were investigated by collecting patient information from medical record, soil and animal blood sample. The specimen were investigated by hemoculture method and the result shown that four patient have Burkholderia pseudomallei. Although three of them were death, they was not relation to each other because they lived sepately in Muang Songkhla district, Ja Na district, Sa Ba Yoi District, and Khuan Niang District for each. The presence of risk factors for infection consist of male age more than sixty years old with underlying disease such as diabetes, hypertension, and thalassemia. The cause of infection cannot exactly identify but could assume that it was cause of risk behavior such as contacting the environment that contaminated with soil and water without protective equipment. The result from environmental laboratory was found Burkholderia pseudomallei in soil at Sa Ba Yoi district. Preventive and control measure should focus on risk group such as farmer and gardener which contact soil and water. especialy who has following underlying diseaseas; diabetes, kidney disease, thalassemia. 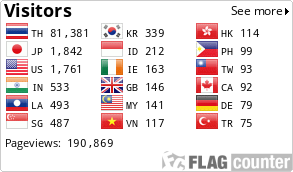