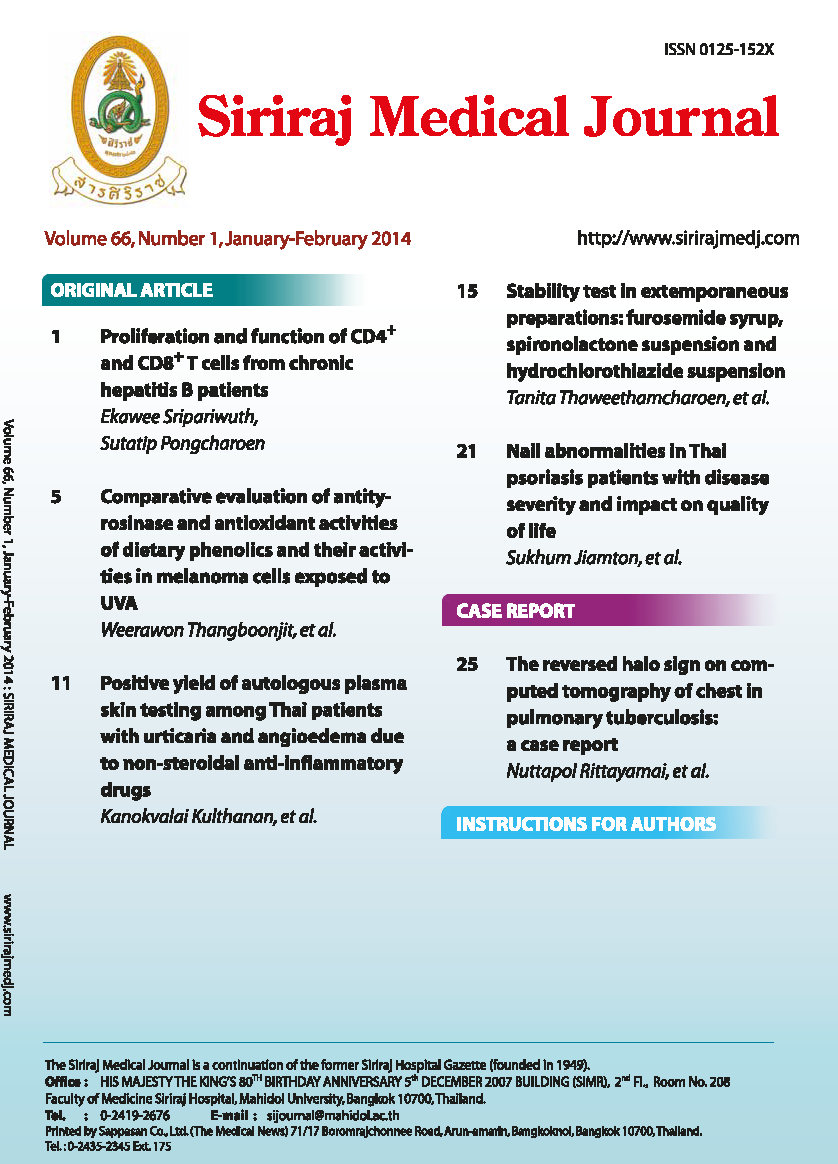 Objective: This study aimed to evaluated the stability of 3 extemporaneous oral liquid formulations such as 2 mg/ml syrup of furosemide, 2 mg/ml suspension of spironolactone and 10 mg/ml suspension of hydrochlorothiazide in storage conditions with container lid closure.
Methods: Three batches of 3 extemporaneous formulations were prepared. Each batch was stored in light-resistant containers of 60 ml with child-resistant caps. All of these preparations were stored in at the refrigerator (5 ± 3oC). The physical, chemical and microbiological stability was evaluated for 1 year, 2 months and 1 month for furosemide syrup, spironolactone suspension and hydrochlorothiazide suspension, respectively.

Results: At least 90 percent of the initial furosemide concentration remained after 360 days in furosemide syrup. Spironolac- tone and Hydrochlorothiazide suspension declined to lower than 90 percent in 60 days and 30 days, respectively. There were no detectable changes in color, odor, pH and the microbiological tests were negative in all preparations.

Conclusion: In light-resistant containers and 5 ± 3oC condition, furosemide syrup, spironolactone and hydrochlorothiazide suspension were stable for 360, 60 and 30 days, respectively. These results should be introduced into the hospital pharmacy to set the new expiration date of these 3 preparations which are commonly used in the pediatric patient.The original expiry date of the medicine was for 30 days after production. This study found that the drug lasted longer, so the expiry date of the drug should be longer.